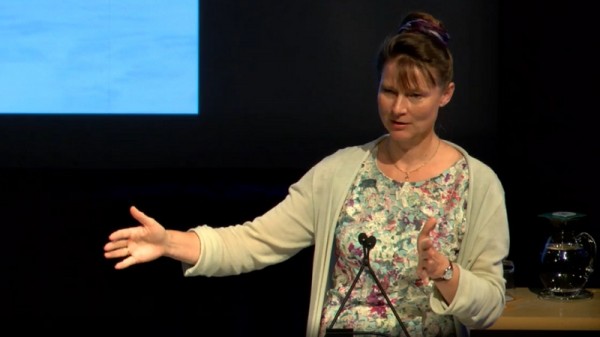 Marjan Minnesma got a warm welcome in Brisbane this week.

Described as a “climate litigation rockstar” by independent journalism site New Matilda, she is the head of Dutch campaign group Urgenda.

“The verdict brought hope and inspiration to communities around the world,” said Jo-Anne Bragg, principal lawyer at the Queensland branch of Australia’s Environmental Defenders Office.

She was introducing Minnesma, who is touring Australia, to greens at a webcast event on Tuesday.

They wanted to know: Could Urgenda’s remarkable achievement be replicated on the other side of the world?

Urgenda – so named to highlight the urgency of climate action – did not always operate through the courts.

It aimed to be a positive force, Minnesma explains, promoting the good stuff rather than fighting the bad.

She describes a somewhat improvised scheme to bulk-buy solar panels for 50,000 people, negotiating a third off the price from a Chinese supplier.

Up against a one month deadline and without any experience of sales or credit with the banks, the NGO pulled it off.

Based on evidence from the UN’s climate science panel, Urgenda argued industrialised countries should be achieving 25-40% to limit global warming to 2C.

The lawsuit came in when Urgenda lost patience with the sluggish low carbon transition, says Minnesma: “We were moving in the right direction, but not quickly enough.”

Again, it involved mobilising people or “crowd-pleading”. Some 900 citizens signed up as co-plaintiffs.

In a 2014 report, the NGO set out how 40% was technically and financially feasible. But doubts lingered about the court’s ability to overrule a democratically elected government on the issue.

“Everybody said it is impossible and this must be a PR stunt,” she says. Even the legal team, despite confident pronouncements, was not certain of success.

The case rested on the idea government has a duty of care to its citizens. By failing to set policies consistent with the international 2C goal, it was neglecting that duty.

Three judges agreed. In their verdict, they respected the government’s discretion over policymaking, but said it must do the minimum within its power to prevent dangerous climate change – a 25% cut.

They deserve a Nobel prize for their progressive stance, says Minnesma. And she is full of confidence campaigners can get similar results elsewhere in the world.

She tells the Australian audience: “80% of what we have done you can simply use. You don’t need to do the research again. The last part is in your own legal system.”

With a 2020 target to cut emissions 5% on 2000 levels, Australia is viewed as a laggard on climate action internationally.

Yet a recent poll found nearly two thirds of Australians want the government to “commit to significant reductions” in emissions ahead of December’s critical Paris climate summit.

The Environmental Defender’s Office has a record of protecting animal species or ecosystems from potentially damaging human developments.

Increasingly, climate change comes into the equation as its lawyers seek to block coal mines in Queensland and New South Wales.

Sue Higginson, lawyer at the New South Wales branch, shows excitement at the idea of going beyond project-level fights to the big picture.

There are a number of reasons it could be harder to win in Australia than the Netherlands, however.

“Australia has a very conservative legal system,” says Higginson. “We would have substantial and significant difficulties if we were to walk in in the same way.”

It has a more restrictive concept of “duty of care”, for one thing. It applies to doctors treating patient but doesn’t necessarily extend to governments.

Even if that were overcome, Higginson says, the onus would be on campaigners to show Australia’s inaction was directly causing climate damage.

With the country contributing around 1.5% of global emissions, government could argue its policies are not critical to the warming trend.

The Dutch judges explicitly rejected that line of argument, but Australia’s case law is different.

All the same, says Higginson, EDO is looking in the “crevices and crannies” of the system for ways past those difficulties.

Minnesma is upbeat: “There are many chances for Australia, because you do have a democratic system, even though it might not be working perfectly…

“Law is not a static thing; law changes over time on the basis of norms in society.”

As the Urgenda case showed, it is not necessary to have millions of backers – a few hundred committed individuals can make an impact.

And Australia has plenty of scope to cut emissions, Minnesma says: “You have much more sun for solar power – you have all kinds of chances of making a new economy.”