Country is set to miss its “inadequate” 2030 emissions target due to Liberal leader’s attack on green regulation, say analysts 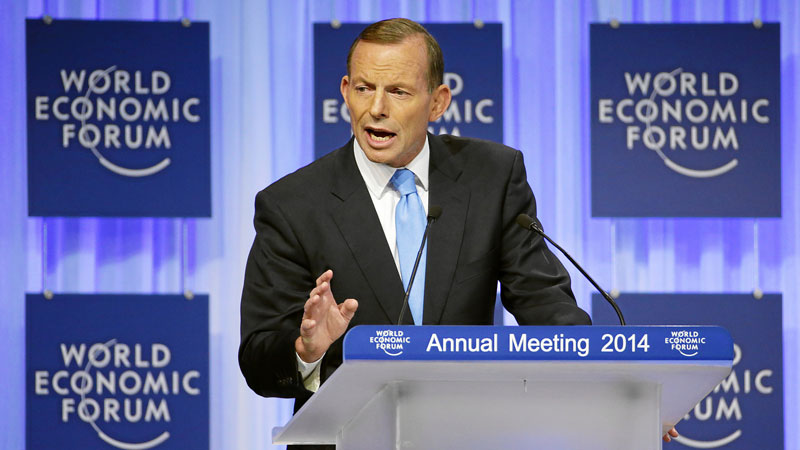 Australia’s U-turn on climate laws mean it will generate three years worth of extra national emissions by 2030, according to analysts.

With this strategy, the country’s emissions are set to increase 27% on 2005 levels, Climate Action Tracker (CAT) revealed on Thursday.

Canberra has been slammed for setting the weakest emissions target in the developed world – a 26% cut over the same period.

The CAT study shows it also has the biggest gap between its target and policy measures, the consortium of research outfits said.

“We have undertaken a forensic analysis of Australia’s climate target, and contrary to government assertions, the abatement task has increased considerably over the years, reflecting the negative consequences of the Australian government’s repeal and amendment of key climate policies,” Bill Hare of Climate Analytics said in a statement.

Governments have agreed to cap warming by 2C on pre-industrial levels to avoid catastrophic climate change.

But if all countries posting “intended nationally determined contributions” (INDCs) – the UN jargon – to a global warming pact mirrored that of Australia, the planet would cook 3-4C, CAT said.

Australia emitted 560 million tonnes of CO2 equivalent in 2010, excluding emissions from land-use, according to the World Resources Institute’s CAIT tracker. That made it the world’s 15th-biggest polluter.

Emissions must fall 2% a year, not rise 1.5% as they are currently, to meet the target.

The Pacific country has become the bete noir of UN-backed climate talks, since Abbott dismantled the policies of predecessor Kevin Rudd.

The leader of the Liberal Party, who once said “coal is good for humanity”, recently lowered renewable energy targets, while its AU$2.55 billion Direct Action Fund to pay for emissions cuts is running out of cash.

About 87% of the country’s electricity generation came from fossil fuels, chiefly coal, in 2013. Australia possesses the world’s fourth largest reserves and has come under fire over the environmental impact of plans to mine its Galilee Basin.

Environmentalists panned Australia’s INDC, which the government called a “strong and credible contribution to international efforts”.

The Marshall Islands captured the anger of many, criticising the announcement of “disappointing” and “another serious blow to (Australia’s) international reputation”.

It confirmed that Australia “sits at the back of the pack with climate-laggard Canada and post-tsunami Japan,” the country’s former climate diplomat Jane Wilkinson wrote in an RTCC column.

CAT is widely cited for its unvarnished verdicts on national pledges, judged against the 2C warming goal.

In July, CAT reprimanded neighbouring New Zealand for “creative accounting” in its target, which could mask a rise in emissions.