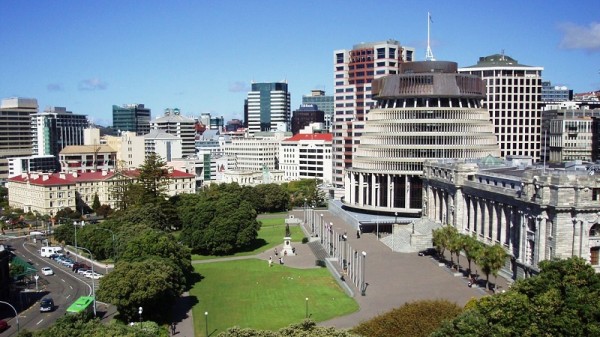 But analysts say under the government’s proposed accounting rules, the country’s emissions could actually increase 11% over the 40-year period.

“New Zealand’s climate target shows it’s far from doing its ‘fair share,’ and is anything but ambitious,” said Bill Hare, scientist and CEO of Climate Analytics.

“While most other governments intend cutting emissions, New Zealand appears to be increasing emissions, and hiding this through creative accounting. It may not have to take any action at all to meet either its 2020 or 2030 targets. ”

New Zealand was the 45th country to submit its draft emissions target to the UN, following offers from the US, EU and China.

Other significant emitters including India, Brazil and Australia have yet to declare their hand.

Together, these “intended nationally determined contributions” (INDCs) will form the building blocks of a global climate deal to be struck in Paris this December. The goal is to limit warming to 2C.

CAT, a joint initiative of four European research organisations, is assessing the national plans for fairness and ambition – and placed New Zealand’s firmly in the “inadequate” category.

“New Zealand’s climate policy is projected to head in the opposite direction from the world’s biggest emitters such as China, the United States and the European Union,” said Kornelis Blok, of Ecofys.

“It has taken little or no action on climate change since 2008 – except for watering down its ETS [emissions trading scheme], and we can find no evidence of any policies that would change this.”

Comment: New Zealand CAN do more to cut emissions – here’s how

There are “virtually no policies” in place to address emissions from transport and industry, the fastest-growing sources.

The average Kiwi will have a bigger carbon footprint than an American by 2025, on the proposed course.

Wellington is counting on being allowed to carry over a surplus of emissions allowances from its first commitment period under the Kyoto Protocol, 2008-12.

But the analysts pointed out it has not signed up to the 2013-20 second commitment period of the legally binding emissions treaty. That makes its legal footing “unclear”.

“Unusually, New Zealand’s INDC is stated as being provisional pending confirmation in or after Paris of the accounting rules for the land sector and access to carbon markets,” said Marcia Rocha from Climate Analytics.

“However, New Zealand may struggle to secure the rules that it needs to allow its emissions to continue increasing, which raises another question: what would New Zealand’s target be if its preferred rule-set fails to materialise?”