What should we make of Australia’s climate target?

Former Australian climate diplomat offers a closer analysis of its INDC, and suggests despite criticism, all is not lost 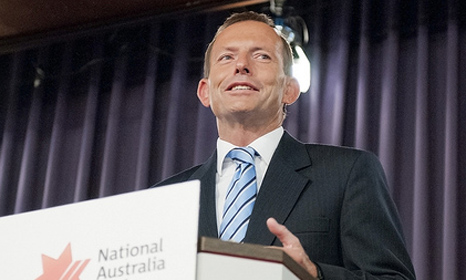 In early June in Germany, developing countries grilled Australian delegates to United Nations Climate Talks about the policies in place to reduce emissions.

In the firing line that day – the willful scrapping of Australia’s Carbon Tax, and whether the AUD 2.55 billion Direct Action Fund established to pay for emissions cuts would be sufficient to deliver promised reductions.

Only one week later Prime Minister Tony Abbott revealed on national radio that he’d done everything within his power to secure a deal in the Australian Senate to limit renewable energy rollouts.

Those hoping Australia’s emission reduction targets might signal a return to form could have been forgiven for instead fearing the worst.

He said this was a ‘responsible’ target that makes a ‘strong and credible contribution to international efforts’.

The Marshall Islands possibly spoke for many, criticizing Mr. Abbott’s announcement as ‘disappointing’ and ‘another serious blow to (Australia’s) international reputation’.

Where lies the truth? First, a few salient facts.

First and foremost, Australia is undisputedly climate exposed in a highly vulnerable region but there is, thankfully, bipartisan support to limit global temperature rise to below 2C.

Rationally, Australia would do best to take ambitious action at home to encourage strong mitigation action by other countries.

On this test alone, Australia’s targets fall short of expectations. If its Climate Change Authority’s July recommendation to cut emissions 40-60% from 2000 levels by 2030 are indicative, woefully short.

The truth is Australia sits at the back of the pack with climate-laggard Canada, and post-tsunami Japan.

Australia says it will lead the world, slashing emissions intensity (the rate of emissions emitted per unit of GDP) and emissions per person by more than half.

One would hope so. Australia’s emissions’ intensity and emissions per person are the highest of all developed countries.

Every Australian emits about 24 tons of CO2-equivalent per year, compared with 18 in the US, 8 in the EU, and 10 in Japan. Australia’s emissions intensity is more than twice that of Europe and Japan, and almost twice that of the US.

Unfortunately, the atmosphere is blind to the details, and sees only total emissions cuts. By this test, Australia is still under-achieving and will continue to have the highest per capita emissions and emissions intensity rates of developed countries in 2030.

There is a much-vaunted view in Australia that Australians are doing it tough. Make no mistake – Australia is rich – super rich compared with most countries.

Australia was the only OECD country to avoid a recession and it emerged from the global financial crisis in a better position than all with the possible exception of Norway.

So where does this leave Australia?

Going into the Paris Climate Summit, many will ask why Australia is not doing more. The truth is, despite the policy chaos of the previous five years, progress has been made.

Renewable energies will contribute up to 23% of total electricity generation by 2020, and with 2 million Australian households boasting solar PV systems, Australia enjoys the highest solar penetration rate in the world.

On deeper inspection, these success stories point to the real problem with Australia’s targets: they are not backed by credible mechanisms to deliver mitigation, energy savings and cost reductions, and ultimately, this makes them not credible.

Earlier this year, the Australian Climate Roundtable called for Australia to ‘play its fair part in global efforts to avoid the serious economic, social and environmental impacts that unconstrained climate change would have’.

Uniting left and right sides of heavy industry, business and conservation circles, the eclectic coalition warned that ‘delayed, unpredictable and piecemeal action will increase the costs and challenges of achieving the goals and maximizing the opportunities’.

For a Prime Minister seemingly out of step, unwilling and unable to move his position forward, this was a turning point.

Strong targets and complementary policies that trigger structural adjustments are essential to ensure Australia is competitive in a climate-changed world.

Without them, Australia’s climate action will be limited by its ‘legacy economy’ and an outdated narrative about competitiveness. Climate consensus will be difficult to achieve, and action will be more expensive for future Australians. This is neither fair, nor responsible.

In the lead up to Paris, some countries will grumble that Australia is not doing enough. But is Australia standing in the way of progress? Australia’s position is not really a game changer.

Yes, Australia is lagging behind nearly all other developed countries, but these new targets will take considerable effort to achieve and with climate change looming as a seminal issue in the next elections, offer a position from which a future government can certainly recover.

Jane Wilkinson is the Director of CPI’s Indonesia Program. Prior to joining CPI, Jane served the Australian government as a professional diplomat and policy expert for more than eight years, leading analytic and negotiation teams on international policy, finance, markets, and trade issues. This article was written in a personal capacity.