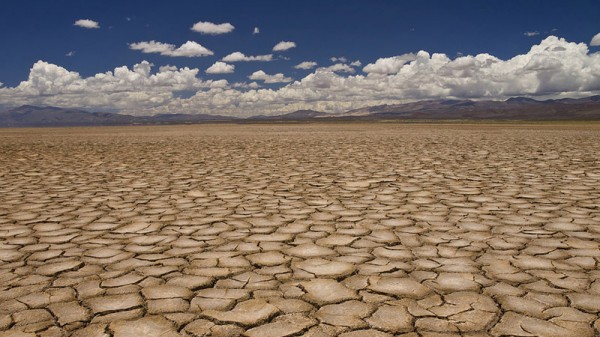 The planet could suffer unprecedented droughts before the middle of the century, researchers warned today, urging prompt action in adapting reservoirs to receding water resources.

The western US may surpass historic levels of dryness as early as 2017 and the Mediterranean by 2027 if polluters emit at current rates, according to a report by the International Institute for Applied Systems Analysis (IIASA).

Droughts would grow more severe and frequent by 2050 for 13 of the 26 worldwide regions mapped by the Austrian organisation, in line with the most extreme forecast set out by the United Nations’ climate science panel last year.

That demanded urgent action to manage diminishing water resources, like reservoirs and irrigation systems in farming, said Yusuke Satoh at the IIASA’s Water Program, presenting the study at the European Geophysics Union today in Vienna.

“Our study shows an increasing urgency for water management systems to adapt to future drought,” Satoh said in a statement.

“In order for policymakers to plan for adaptation, they need to know when and where this is likely to happen, and have an understanding of the levels of uncertainty in such projections.”

The IIASA compared scenarios of a 1 C and 3.7 C average rise in temperatures by 2100 on pre-industrial levels.

A predicted arrival date of record-breaking droughts was more certain in Southern South America and the central US, and harder to predict in Africa and South Australia.

“The earlier we take this seriously, the better we will be better to adapt,” Satoh said.