Shifting funds out of coal, oil and gas could make “a very important contribution” to Paris deal, says Connie Hedegaard 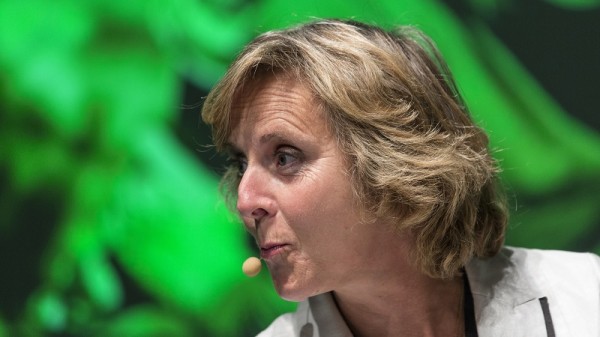 The EU’s former climate commissioner is backing fossil fuel divestment to support a UN carbon-cutting pact in Paris this December.

In an exclusive interview with RTCC, recorded for our new Road to Paris podcast, she revealed it is a priority for the fund over the next 18 months.

“I would very much hope that this could be part of a package around the Paris agreement,” Hedegaard said.

“The phasing out of fossil fuel subsidies and the divestment, to make it visible to the world that investment patterns are changing substantially, that would be a very important contribution.”

From small beginnings in universities and faith groups, the idea of withdrawing funds from coal, oil and gas companies is gaining momentum.

Scientists calculate some two thirds of known fossil fuel reserves are “unburnable” if global warming is to be held to 2C, the international goal.

It puts traditional energy company interests on a collision course with efforts to stabilise the climate.

Norwegian lawmakers voted in June to ditch shares in coal companies from the country’s US$900 billion sovereign wealth fund – the biggest sell-off to date.

Hedegaard, whose background is in Danish politics and journalism, is advising Norway on how to move to a low carbon economy from its traditional dependence on oil production.

“There are still some questions that need to be thought through,” Hedegaard added. “Everyone can see how divestment is a good thing, symbolically speaking.

“But how would it more long term affect investment flows? If we all sold our fossil fuel shares tomorrow… who would buy them: would that be the good guys or the bad guys?”

Overall, though, she described it as “a very, very positive movement”.

While climate-conscious institutional investors are targeting coal first, as the most high carbon fossil fuel, oil companies are coming under increasing scrutiny.

As Shell started drilling in the Arctic this week, former BP boss Lord Browne warned the expensive venture put its reputation on the line.

While US oil majors Chevron and Exxon Mobil remain resistant to the climate agenda, their European counterparts are trying to get on board.

They are calling for a carbon price and touting their natural gas as a cleaner alternative to coal.

Hedegaard said: “Some of these fossil fuel companies in Europe realise climate change policies are not going to disappear. The wisest ones understand they must diversify.”

To hear more of Connie Hedegaard and other experts’ views on the climate talks, download our new podcast on 24 August.