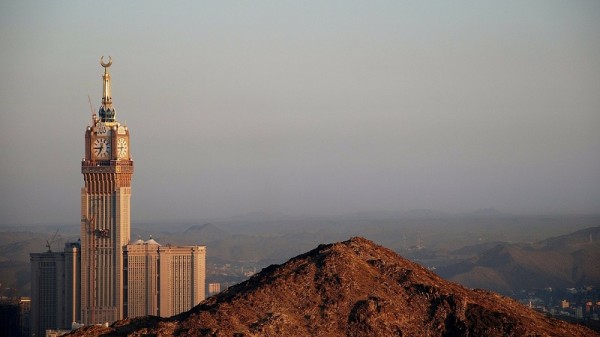 When Saudi Arabia refused to cut – and even increased – its oil output on tumbling prices last November, it was taking a gamble.

The hope in the petro-state was that low prices would drive more expensive US producers out of business, eliminating competition in the medium term.

It’s not paying off: US hydrocarbon businesses have turned out to be more resilient than expected.

As a result, analysts warn the Middle Eastern Kingdom – which relies on oil for 90% of its revenues – is in serious trouble.

And the Telegraph reports the OPEC group of oil producers it leads, which includes Venezuela and Iran, is falling apart.

Saudis have historically been hostile to the climate agenda, seeing curbs on greenhouse gas emissions as a threat to its long term prosperity.

But could stronger action on climate change worldwide help them rebalance their economy?

That is the case made by Wael Hmaidan, international director at the Climate Action Network, a global network of NGOs pushing for a tough UN climate deal in Paris later this year.

“Climate action will limit short-term competition, which will allow them to make enough profit to change their economy for a post-fossil fuel era,” he tells RTCC.

The logic goes like this. Scientists calculate around two thirds of known fossil fuel reserves need to stay in the ground to limit global warming to 2C – the international target.

This leaves a “carbon budget” for some continued use of coal, oil and gas. But which sources?

From a climate perspective, it makes sense to drive out coal first, as the most polluting of the three. So strong action gives a boost to gas producers in the medium term, as a cleaner source of power generation.

When it comes to oil, the economically rational approach is to use the lowest cost, lowest carbon sources. Saudi Arabia, with its well-established infrastructure, can pump far cheaper crude than Canadian tar sands projects, for example.

Oil majors have shelved more than US$200 billion worth of major projects this year, a recent analysis found, in a sign they’re increasingly sensitive to cost.

A global carbon tax, as advocated by big businesses including oil and gas majors, would reinforce the signal for climate-friendly investment.

Ultimately, to stabilise the climate at 2C fossil fuel use needs to phase out to near zero in the second half of the century.

A proposed Paris climate deal could see this inscribed into a UN agreement, perhaps based around the G7 pledge to slash emissions 40-70% on 2010 levels by 2050.

Sooner or later, Saudi Arabia will have to shift away from oil – a fact acknowledged by oil minister and climate negotiator Ali Al Naimi.

At a business and climate summit in May, he talked up the country’s solar power prospects: “Instead of exporting fossil fuels, we will be exporting gigawatts of electric power,” he said.

But while he was bullish on solar, he equivocated over how long the oil era would last, saying it was unlikely to end before 2050.

In a sign the industry is getting wise to the implications of “keep it in the ground”, oil executives at that meeting attacked the coal sector, touting gas as a green alternative.

And Saudi Aramco has joined a coalition of energy majors promising to announce their own climate strategy ahead of this December’s UN summit.

You don’t need to be an eco-warrior to recognise the perils of basing 90% of your economy on one volatile sector.

Saudi Arabia is one of a number of G20 countries participating in an assessment of the financial risks it could face if its oil assets were deemed unusable. The findings are due later this year.

Khalid Alsweilem, Harvard fellow and former investment director at the Saudi Arabia Monetary Agency, has produced a report on the topic that doesn’t mention climate change once.

“The uncertain outlook for global oil prices has underlined the challenges Saudi Arabia faces in maintaining long-term fiscal stability and ensuring its ability to meet future obligations,” he writes.

He recommends a Norwegian-style sovereign wealth fund to safeguard the economy for future generations.

Alsweilem does not specify how that fund should be invested – and those bold solar plans have yet to materialise.

A Saudi clean energy programme has run into delays, with Bloomberg reporting in January it would be completed in 2040, not 2032 as planned.

The package aimed to meet a third of the Kingdom’s electricity needs from solar, in a US$109 billion push, plus promote other low carbon sources.

Far from the solar power exports Al Naimi said could be achieved within five years, the policy signalled a more modest attempt to conserve oil for export.

Safa’ Al Jayoussi, Arab regional expert at Greenpeace, says climate change “is not a priority” for the Saudis right now.

At a high level, they are more concerned about the Iran-USA nuclear deal, Syria and Yemen conflicts, she adds.

That leaves it to the country’s climate diplomats to figure out their own position for the upcoming Paris climate summit.

“The negotiating team is more or less deciding on the negotiation strategy, with little input from higher powers,” says CAN’s Hmaidan.

With oil dependence looking an increasingly poor bet, this could be time for Saudi Arabia to embrace the climate agenda.