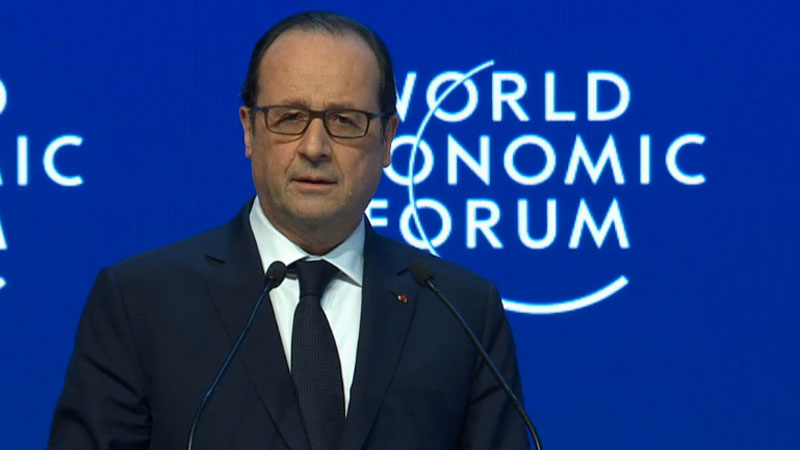 Carbon pricing is “essential” to move to a low carbon economy, Francois Hollande told business leaders in Paris on Wednesday.

The president of France echoed one of the key messages from the private sector in a keynote address to the Business and Climate Summit.

“For us to send the proper information to the markets, carbon pricing is essential,” he said. “This is the most tangible signal we can send to all the economic sectors.”

His remarks, 200 days before he plays host to UN climate talks, chimed with those from a panel of corporate big hitters.

Asked what they needed from governments to scale up investment in low carbon solutions, businesses called for a carbon price.

Eldar Saetre, chief executive of Norway’s Statoil, said it was “the single most efficient measure”, prompting a round of applause.

OECD chief Angel Gurria was also clapped for saying that Europe’s carbon market was not working.

After various attempts at reform, the emissions trading system is oversupplied, with prices stagnant at around €7 a tonne.

Gurria favoured the Swedish approach of a carbon tax, saying “a nice round US$100/t” was an appropriate price.

At another point, he got animated: “Price! Price! Price! We know who the enemy is: carbon. We should hit it on the head with a blunt instrument.”

The price needs to be “coherent” so it can “have an impact on investment decisions”, he said.

For their part, he urged businesses to come forward with carbon cu

ting commitments to support a global deal in December.

The “agenda of solutions” – a broad alliance of civil society and business organisations – is one of four pillars of an agreement, he said.

National climate plans, finance and “a binding framework which is universal and differentiated” are the others.

“It is a form of miracle we are striving to achieve,” President Hollande said, noting the difficulty of getting 196 governments to agree.

It is “a matter of concern” that only 38 countries have so far submitted their national plans towards a deal. And “if there is no adequate funding, there will be no agreement reached”.

Paris is “not going to just be a proclamation,” he added. “Even if we do agree on a text, this agreement must be one that embodies real commitment…

“We need an alliance in order to succeed in Paris.”