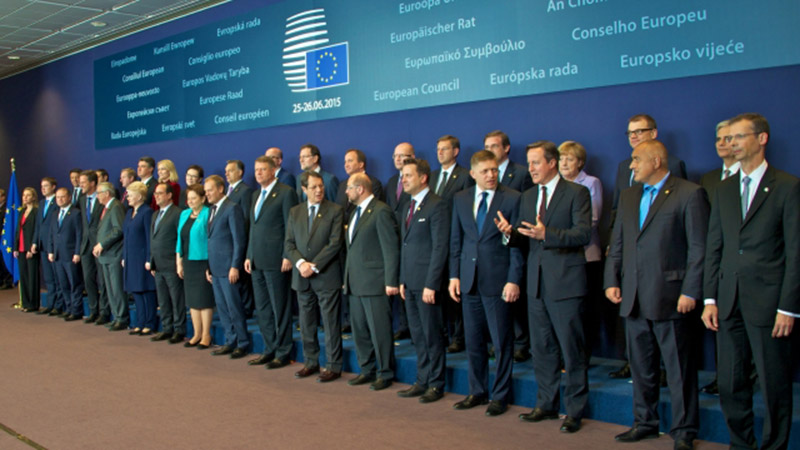 EU member states are working on a plan to present a package outlining their finance commitments to a proposed UN climate deal, set to be agreed in Paris this December.

A background paper published by Luxembourg, current holders of the rotating EU Council presidency, stresses this will be one of the “crucial elements for the success of the process”.

It proposes developing what it terms a “toolbox” which would outline how national development aid, green bonds and climate investment funds are being used to bolster climate finance flows.

The paper emphasises the need for a “credible financial offer”. That would explain how developed countries intend to meet a 2009 promise to mobilise $100 billion a year to help poorer states green their economies and deal with weather extremes.

Emissions trading, carbon pricing and  funds to develop enabling legal and regulatory environments could also form part of a package.

“Innovative and effective ways to meet the substantial financial needs that such a transition requires, are yet to be defined,” it says.

A spokesperson for the Luxembourg presidency told RTCC the proposals had been “generally welcomed” by EU environment ministers, adding internal discussions would continue.

Marigold Norman, a climate finance specialist at the Overseas Development Institute said a focus on how different forms of finance to come together to meet the $100 billion goal was positive.

“This is something that needs more attention. It is also really useful that Luxembourg is taking up this issue at this time in its EU Council Presidency role,” she said.

The exact level of financial support from rich to poor countries related to climate change is unclear.

A recent UN study estimated it added up to $40-175 billion per year, although the authors said it was likely to be at the lower end of that range.

China and India have led calls for more details from the EU, US and other developed nations, warning that their participation in the 2015 deal depends on financial assurances.

France’s chief climate diplomat Laurence Tubiana admitted this week the lack of clarity of what is on offer was the “most difficult part” of negotiations on a UN greenhouse gas slashing pact.

Teresa Ribera, head of the Paris IDDRI thinktank, told RTCC a plan was vital to ensure the issue did not “poison or hijack” the talks.

Just over $10 billion has been pledged to a new UN-backed Green Fund, but trillions of new investments are needed in low carbon infrastructure in the next decade, says analysts at the Global Commission on the Economy and Climate.

Developing a finance roadmap will top the agenda of a French-hosted meeting of ministers at the start of September, RTCC understands, while EU finance chiefs will discuss plans the same month.

Luxembourg environment minister Carole Dieschbourg has promised to prioritise developing a finance strategy during her stint heading up the region’s climate team.

The G20 meeting in November could also offer a forum for these plans to be clarified, France’s special envoy for the protection of the planet, Nicolas Hulot said on Monday.

“If developed countries have to honour their commitment, then it is important to clarify the modalities,” he said.