Natural infrastructure is boosting Nairobi’s resilience to water extremes, but this approach can struggle to attract investment 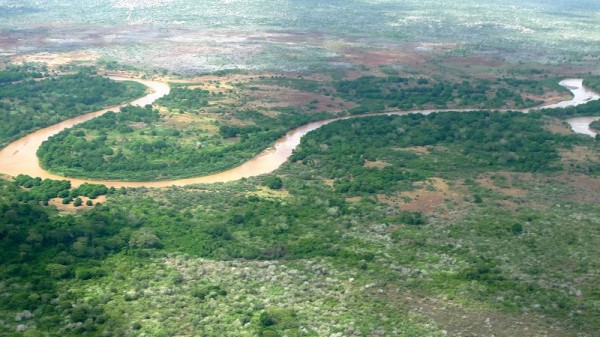 Drought and flooding costs Kenya some 3% of its GDP a year, according to its climate plan submitted to the UN last week.

Climate change is bringing wider extremes of rainfall – too much or too little – that will only make things worse.

Kenya is not the only country to flag up concerns about water stress. From Mexico to China, it is a recurring theme of national plans to adapt to the impacts of global warming.

Yet while money flows into solar panels, the sums raised to buffer the world’s poor from drought and flood lag behind. It is a sticking point for global agreement on climate change.

So could Africa’s first water fund, launched in Kenya this March, be a model for attracting cash to water security?

Giulio Boccaletti, global head of water at The Nature Conservancy, thinks so.

It’s not the kind of heavy engineering project investors are used to. Traditionally, you sink a reservoir, water treatment works or conveyancing canal and levy the cost on consumers over a few decades.

“These type of solutions don’t take advantage of the underlying hydrology or the landscape,” says Boccaletti. “The cost of doing that is simply too high.”

Increasingly, developed countries are realising the limits of the concrete-and-pipes approach.

In the UK, for example, water companies are paying farmers to build fences alongside streams to stop cows getting in and soiling the water. It’s far cheaper – and takes less energy – than cleaning up the mess downstream.

Countries building water systems from scratch have a chance to bypass the carbon-intensive phase, says Boccaletti.

“If we get it right, natural infrastructure may be the same story as mobile phones in Africa.” 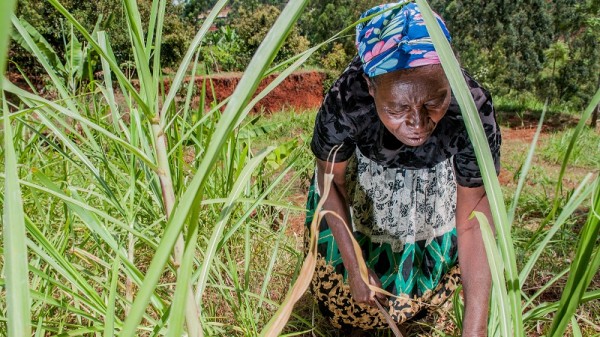 The Upper Tana River basin is home to 5.3 million people, supplies 95% of Nairobi’s water and half Kenya’s power output.

In recent decades, farming has encroached on wetlands and large areas of forest. These natural features regulate the flow of water, storing it in the rainy season so there is still some around during dry periods.

As vegetation gets pushed back, water becomes scarcer in the dry season. Without tree roots holding it in place, soil erodes into the water, causing blockages at the treatment works and hydropower dam.

This is all in the business case drawn up by The Nature Conservancy and partners. Their solutions are low tech: growing vegetation on river banks, terracing farmland on steep slopes, planting trees on forest edges.

Energy company KenGen can generate (and sell) more power during the dry season, farmers get better crop yields and the water company save on processing costs.

These measures will cost US$10 million over 10 years and yield benefits estimated at $21.5 million.

It is cheap – almost too cheap. Mainstream investors work with billion-dollar portfolios. They don’t want to fiddle around with projects.

“The perception of this as a very soft and fluffy measure detracts from the opportunities to do this at scale,” says Boccaletti.

“Until you make the case for reproducible results, it is hard to bring into the policy setting.”

Still, the global water market is worth almost half a trillion dollars each year and growing, as urban populations soar. If watershed conservation is to take even a fraction of that, it will need private cash.

“To mobilise infrastructure on that scale, you really need to think about capital markets.”

But it could follow the example of the energy efficiency sector, she says, where low cost projects are “bundled” together for finance purposes.

Or green infrastructure can be packaged up with grey, as in the US city of Philadelphia’s US$2 billion scheme to tackle sewage overflows into its river.

The idea “is not leftfield any more” in water circles, says Leurig, but has yet to enter into the mainstream of climate finance. “I think there is still a big learning curve there.”

The UN-backed Green Climate Fund is to start disbursing $10 billion of donations by the end of the year to projects in the developing world. Half has been earmarked for adapting to the impacts of climate change.

Meanwhile, the Climate Bonds Initiative is working up criteria for water projects to be marketed as “green” to private investors.

Leurig is on the expert panel, which will set standards to sort the green from the greenwash.

“If it is a project to restore the function of a river system… absolutely something like that should be considered,” she says. “It shouldn’t only be grey infrastructure that is considered eligible.” 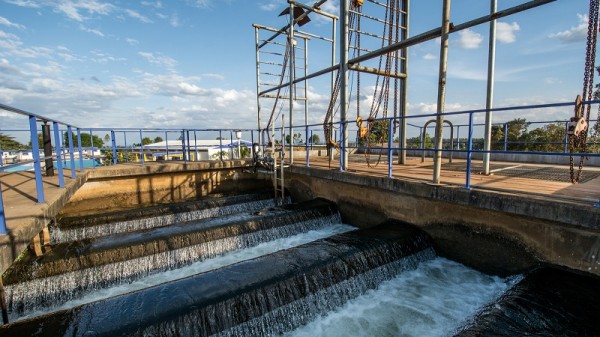 Attracting investor interest is not the only barrier to such projects.

They require cooperation between businesses, public bodies and citizens in a catchment. Each case will involve negotiations over who should pay what.

The involvement of big customers like Coca-Cola for example, which has a bottling plant in Nairobi, may raise questions over whose interests are being served.

And the idea of putting a price on “ecosystem services” like reduced flood risk sits uncomfortably for some, who see nature as priceless.

“The environment shouldn’t be turned into a business chain,” Jaime Ignacio Vélez Upegui, a water expert at Medellin’s National University in Colombia, told Ensia. “Water funds are too speculative. Despite investing in water, they do not directly result in water.”

For TNC, Boccaletti says, the focus is on putting together the scientific basis for interventions. “Some of the choices are values-laden, but the underlying information is not,” he says.

“It is a very precise way of showing what it means to be green.”