Talks to eliminate potent class of greenhouse gases last week failed to reach agreement, to the frustration of campaigners 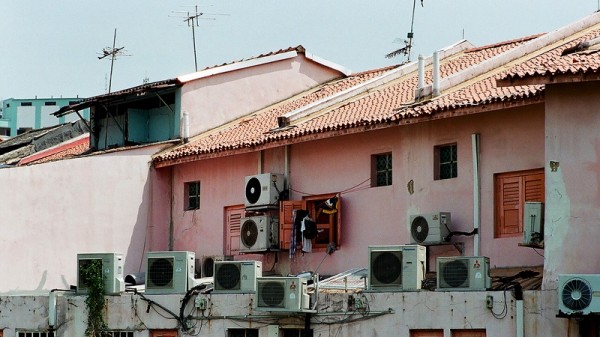 Global efforts to phase out HFCs, a group of potent warming gases used in fridges and air conditioners, are making slow progress.

That is the upshot of UN-backed talks under the Montreal Protocol in Paris last week.

Pakistan blocked calls to start formal negotiations, citing concerns the HFC substitutes will not work as well in its hot climate.

“It’s extremely frustrating that after another week of discussions we are yet to start formal negotiations,” said Clare Perry, head of climate at the Environmental Investigation Agency.

“Time is running out and substantial political efforts need to be made to clear the path towards a rapid global agreement on HFCs.”

The “vast majority” of countries supported a phase-out, said Perry, an observer at the talks.

A “Friends of the HFC Amendment” group including Senegal, South Africa and Colombia sought to overcome objections, the Institute for Governance & Sustainable Development reported.

Saudi Arabia, which had previously resisted, even came up with a constructive proposal, according to IGSD head Durwood Zaelke.

He told RTCC on the final day of talks: “I would say the mood is the best it has been in the entire discussion of the HFC amendment. Progress has been steady, if slow.”

Diplomats have slotted in another meeting ahead of a planned Dubai summit in November.

But Pakistan’s objections mean they could struggle to reach agreement in time to influence the outcome of critical climate talks in Paris.

HFC emissions have a warming effect thousands of times stronger than carbon dioxide.

It could save 1.1–1.7 gigatonnes of carbon dioxide equivalent a year by 2030, the report said – roughly what Canada emits annually.

The issue is being dealt with through the Montreal Protocol, a treaty set up to eliminate ozone-depleting CFCs.

HFCs serve a similar function – ironically, they were introduced as a more ozone-friendly alternative to CFCs – and are produced by the same chemical companies.

There are four different proposals on the table to phase out HFCs: from Europe, North America, India and island states.

The Indian submission was the least ambitious, it found, reducing HFC consumption only 55% from business as usual. But it was the most equitable in its distribution of cuts between rich and poor countries.

CSE ventured an alternative that would increase that to 82%, while driving improvements in the energy efficiency of fridges and air conditioners.

“We believe that a framework that is fair and ambitious will be acceptable to all parties. Our framework is an attempt in that direction,” said CSE deputy director general Chandra Buchan, presenting the findings in Paris.

Indian and European officials promised to consider the scheme.

A separate study by the Lawrence Berkeley National Laboratory concluded the climate benefits of an HFC phase-out could be doubled with simultaneous energy efficiency improvements.

By 2030, a two-pronged approach could avoid the need for up to 1500 medium-sized power plants globally, its analysts calculated.