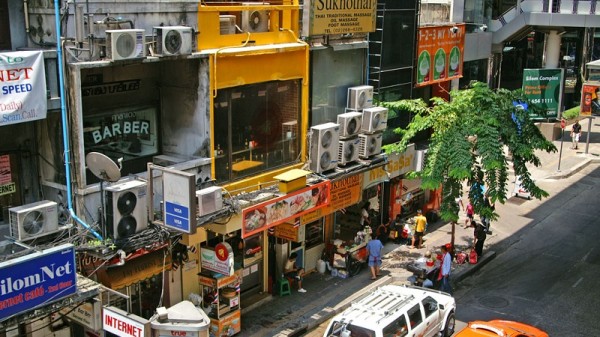 The end is in sight for a six-year battle to phase out HFCs, after a push by African countries.

Senegal led calls for a deal to tackle the potent warming gases, used in fridges and air conditioners, at a meeting in Bangkok this week.

Coming after India and China dropped their opposition to curbs on the chemicals, the intervention set negotiations on course to reach a deal in November.

“The efforts of India and Senegal, and the leadership of the African group in moving negotiations forward, provide hope that all countries can come to a swift agreement to take fast action on HFCs”, said Clare Perry, head of climate for the Environmental Investigation Agency.

HFCs were introduced as an alternative to ozone-depleting CFCs, but turned out to exert a greenhouse effect many times stronger than carbon dioxide.

Now countries are looking to use the same treaty that put a stop to CFC production, the Montreal Protocol, to phase out its climate-polluting substitute.

The Institute for Governance & Sustainable Development (IGSD) says a ban on HFC production could avoid 0.5C of warming by 2100.

Durwood Zaelke, president of the IGSD, said: “The Montreal Protocol can deliver be the biggest, fastest, and probably the cheapest climate protection available to the world in the near term.”

Pakistan and some Gulf states continue to object, raising concerns that replacements for HFCs may not work in their region’s hot climate.

They succeeded in putting off formal negotiations, which advocates hoped would start at this week’s meeting.

But observers were optimistic the objections could be overcome in time for those formal talks to begin in July.

“Thanks to the African group, the table is now set for success this year,” said Zaelke.

That would provide a “powerful boost” to the UN climate talks due to reach a deal in Paris this December, he added.