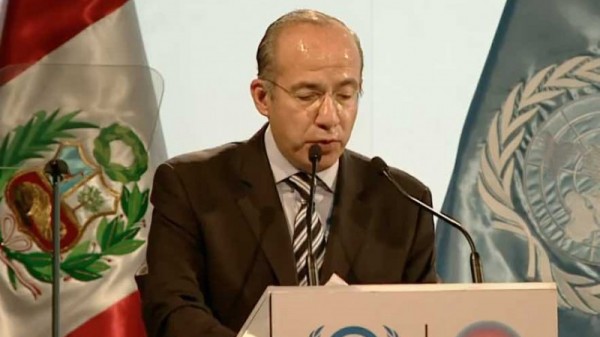 There is 27 gigatonne gap between global greenhouse gas emissions in 2030 under business as usual and the level needed to hold warming to 2C.

By building green cities, mobilising clean energy investment and other measures, leaders can close 59-96% of that gap while reaping economic benefits.

That is the message of the latest report from the Global Commission on the Economy and the Climate, a heavyweight panel of experts.

“This report shows that success is possible: we can achieve economic growth and close the dangerous emissions gap,” said former president of Mexico Felipe Calderón, chair of the Commission.

“But governments, cities, businesses and investors need to work much more closely together… We cannot let these opportunities slip through our fingers.”

The report comes a week ahead of development finance talks in Addis Ababa and five months before a critical climate change summit in Paris.

It sets out to persuade governments at every income level climate action is in their national interest.

“This is the only growth story on offer,” said Lord Nicholas Stern, leading economist and co-chair of the Commission, in a press call.

The proposed measures are not only feasible ways to prevent climate catastrophe but boost health, biodiversity and efficiency, he claimed.

The challenge outlined by the report is to cut emissions without hampering development or economic growth.

Emissions for each dollar of GDP need to fall 5% a year to 2050 to stay within the internationally agreed 2C warming threshold, it estimates. The current rate is less than 1.5%.

Recommendations to accelerate the low carbon shift include international cooperation to slash aviation and maritime emissions – two sectors that have largely eluded regulation to date.

There are also plugs for carbon pricing, low carbon innovation and investor action to steer economies on a cleaner path.

The calculations are slightly more optimistic than a similar report last September, which found ways to close 50-90% of the emissions gap.

In Paris, Lord Stern said countries must agree to decarbonise the world economy completely in the second half of the century.

He also called for a mechanism to regularly strengthen countries’ commitments and for the rich to support poorer states with finance and technology.