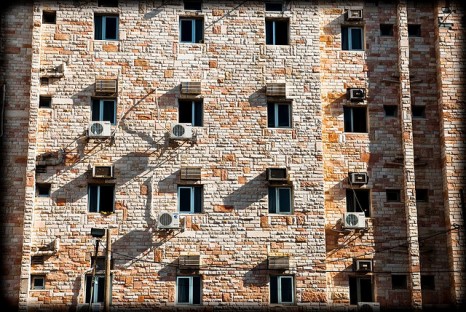 The expansion of the use of air conditioning is one of the main drivers of the growth in HFCs (Source: Flickr/Yoni Lerner)

Saudi Arabia is resisting efforts to phase out super-pollutants used in air conditioning, over concerns the alternatives will not work at high temperatures.

The Gulf state was “the most vocal opponent” of proposals to stop the production of HFC gases discussed in Paris last week, according to a think-tank present at the talks.

Saudi negotiator Taha Zatari unsuccessfully sought to strike HFCs, a group of short-lived but highly potent greenhouse gases, off the agenda at a meeting of parties to the Montreal Protocol.

The discussion went ahead but Zatari, who also represents Saudi Arabia at global climate summits, continued to raise objections.

The gases are super pollutants used in fridges, air conditioners and foam insulation. Thousands of times more potent than carbon dioxide, they could account for 19% of greenhouse gas emissions by 2050 if their manufacture continues unchecked.

The chief concern is that there are no substitutes for HFCs proven to work in air conditioning under the scorching temperatures of the Middle East – at least not that are available at competitive prices. Other states in the region, notably Jordan, are prepared to take a chance on the technology developing.

An observer, who did not wish to be identified for fear of being blocked from future meetings, said of Zatari: “He has been extremely obstructive and quite unreasonable in most of the discussions.”

Brazil and Argentina, meanwhile, are reluctant to move to formal negotiations on the proposed HFC phase-out until developed countries commit more funds.

The fund associated with the Montreal Protocol has disbursed US$450 million over the past three years to help developing countries meet existing commitments.

Member countries are due to agree a budget in November for the next three years, but it is not yet clear how much would be needed to support the transition away from HFCs.

Brazilian negotiator Rafael da Soler explained: “We do not know how much money would be needed to finance this transition or how much would be available, and that is precisely the source of our concern.”

There are “serious doubts” about the willingness of some developed countries to contribute, da Soler said. Brazil needs “unequivocal signals” of support from those countries before it will engage in formal negotiations.

India has historically opposed action on HFCs, to protect its refrigeration industry, but has not settled on a position since forming a new government in May.

That has raised hopes among campaigners India could follow China into supporting action.

Two groups of countries have been pushing for action on HFCs through the Montreal Protocol since 2009.

The issue was first raised by small island states, led by Micronesia, which are under threat from the sea level rise associated with climate change. They see it as a way to get quick results that can buy them time.

The US, Mexico and Canada submitted a similar, but separate proposal soon after. More than 100 parties to the Montreal Protocol now support the idea of phasing out HFCs.

Europe, the US and China have each taken steps towards limiting HFCs in favour of more climate-friendly refrigerants, but campaigners say other countries need to get on board.

Durwood Zaelke, president of the Institute for Governance and Sustainable Development, told RTCC cutting HFCs using the Montreal Protocol “will be the single fastest, cheapest method of reducing greenhouse gas emissions, from a treaty that never fails”.

Ironically, it is because the Montreal Protocol was successful in its original purpose, to protect the ozone layer by banning CFCs, that HFCs were developed as an alternative.

There is a small chance negotiators could overcome the lingering objections to strike a deal on HFCs at the next meeting of the Montreal Protocol in November.

Those close to the talks say it is more likely the matter will be pushed to next year. An agreement could then contribute to a global treaty on climate expected to be signed in Paris in December 2015.

Natasha Hurley, campaigner at the Environmental Investigation Agency, said: “We see no technical reason it cannot be done; it is a purely political issue at this stage.”