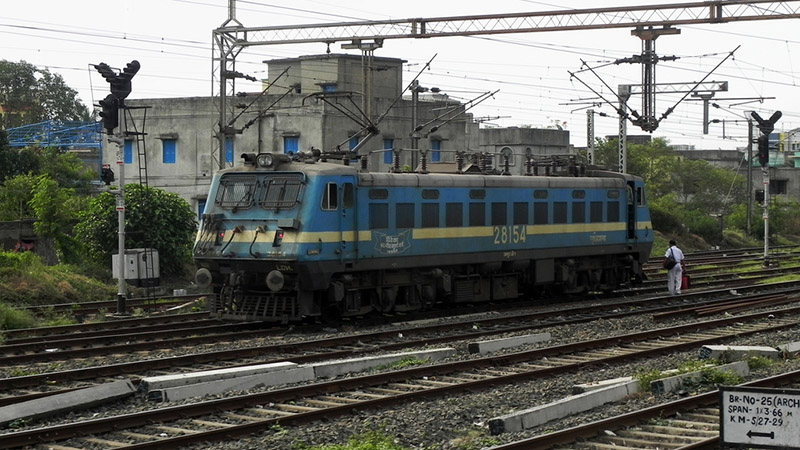 In perhaps the proudest moment for me as a professional, the Indian Railways has passed a resolution to formally join the India Greenhouse Gas programme.

As a boy, I have fond memories of travelling by train and discovering the countryside around me.

Now I know that very child, every citizen of this country can be more confident that his or her journey is helping to create a more healthy and secure future for the country.

The railways consume an enormous amount of energy.

In 2013 alone, the Indian Railways consumed more than 17.5 billion KWh of electricity, that’s about 1.7 times of power consumed in the whole of Sri Lanka.

In addition, it also consumed fuel equivalent to about 24.4 million tonnes of coal in the same period to support its traction and non-traction needs.

Despite the vast size of the Indian Railways, which touches the lives of 23 million passengers a day, it has one of the lowest specific energy consumptions in the world.

In fact, the railways ‘Vision 2020’ strategy aims at sourcing 10% of its energy use from renewable sources by the year 2020.

This was later enhanced to 20% with a shift in focus to solar energy as compared to wind in the earlier version.

The enhancement plan is to install 500MW of solar power from roof-top solar installations on railway stations, administrative buildings and vacant land.

Building internal capacity to address key challenges has always been an important feature of the transition that Railways is making toward a greener future.

The newly formed Environmental Management Cell that closely works with the Rail Ministry and the Railways Board stands testimony to this.

Now, the Indian Railways will be undertaking a slew of new actions to continue on this low- carbon, sustainable growth pattern.

These include new capacity additions, improvements in traction, energy efficiency, and efficient lighting and stations among others.

The India GHG programme, whose partnerships span across the private and public sectors, will help the railways to track and reduce emissions across their operations.

Indian Railways also participates in the programme’s advisory board chaired by Mr Jamshyd Godrej; along with other eminent businesses and public sector undertakings like NTPC Limited, Indian Oil and GAIL.

As a part of its initial engagement, the railways is leading the work on standardizing carbon emission calculations arising out of rail transport in India.

Given its mammoth scale of operations, I believe that it has an unparalleled ability to influence and bring change.

Its large appetite for energy, if appropriately met, could drive an important chapter in India’s low carbon growth story.

Vivek Adhia is head of business engagement at the World Resources Institute, India