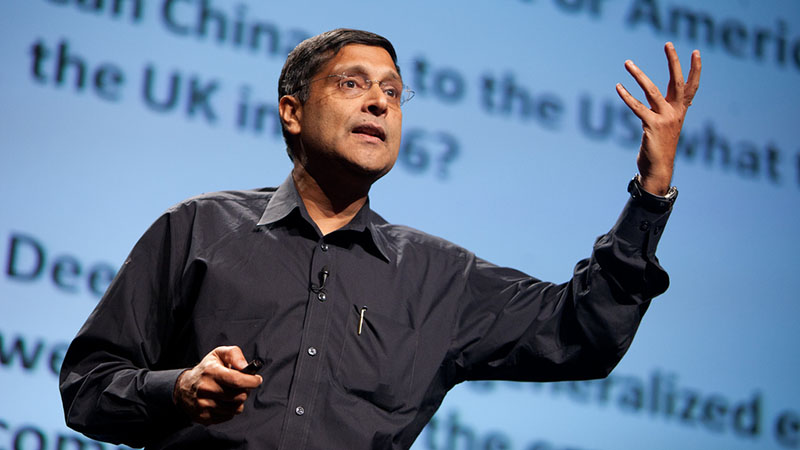 India’s chief economic advisor says the country should paint itself as a low carbon leader ahead of talks on a global climate pact later this year.

Writing in the Indian Express, Arvind Subramanian said the Modi government should contrast its actions with what he termed “regressive inaction by advanced countries”.

In the past year he argued India had led the world on cutting subsidies for oil, doubling a levy on coal production and laying out huge investment plans for the solar sector.

In contrast major developed countries like France, Germany, Italy and the UK had allowed climate efforts to suffer a setback by not using a fall in oil prices to cut subsidies.

“The former have reduced taxes while India has increased them substantially,” he wrote.

“Essentially, advanced countries have stood by passively, passing on the benefits of price reductions to consumers and producers.”

Subramanian added: “One surprise is the lack of outrage by international greens at this non-action on the part of advanced countries.”

Delegates from over 190 governments are expected in the French capital later this year as efforts to craft a pact to limit warming to 2C above pre industrial levels enter their endgame.

The UN expects developed and developing countries to make a carbon cutting contribution to the deal, which is scheduled to come into operation from 2020.

Scientists say India is one of the world’s most vulnerable countries to changes in the climate, which could affect the annual monsoon, raise sea levels and cause other extreme weather-related effects.

But the new government of Narendra Modi has indicated it would be willing to accelerate the decarbonisation of its economy provided it receives financial and technological help.

“India, especially with a new PM, can credibly repudiate its past perceived image as a recalcitrant negotiator, focused on asking others to contribute without offering contributions of its own,” said Subramanian.

“India’s green actions should be the starting point and the basis for what India could be willing to offer in Paris and what it must seek of advanced countries.”

Critics say the Modi government has encouraged more use of coal – the most polluting fossil fuel, opened forests to mining companies and shredded laws aimed at protecting the environment.

Greenpeace India says it may have to shut down its offices after the government froze funding, citing tax laws and alleging it was harming the nation’s economic interests.

The NGO says the actions are an “attempt to silence criticism”.