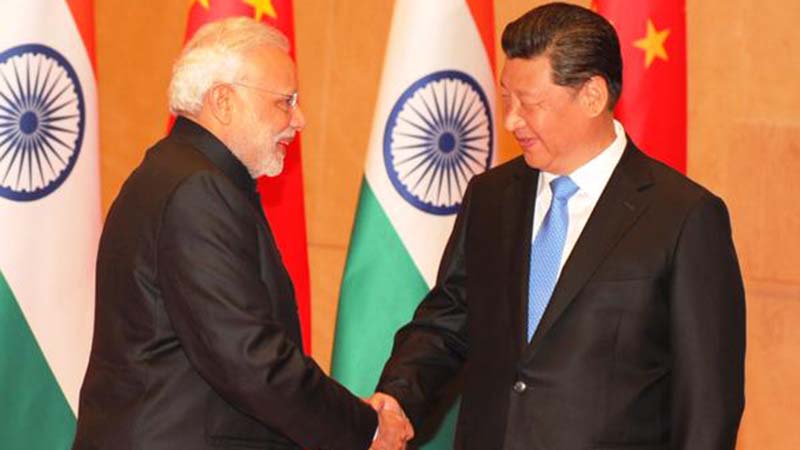 Rich countries need to take the lead in cutting greenhouse gas emissions, the leaders of India and China have said in an unusual joint statement.

Released at the end of two days of talks between Narendra Modi and Xi Jinping, it says developing countries need more finance and technological support to green their economies.

“The two sides urged the developed countries to raise their pre-2020 emission reduction targets and honour their commitment to provide US$100bn per year by 2020 to developing countries,” it says.

Nearly 200 countries are working on a global climate pact to limit warming to below 2C above pre industrial levels, with an outcome expected in Paris this December at a UN summit.

The statement offered no new goals or specific targets the pair would like to see in a Paris deal, instead referring to the 2007 Bali Road Map, where rich countries pledged to help the poor with green finance and technology.

“The two sides will work together, and with other Parties, to advance the multilateral negotiations to achieve a comprehensive, balanced, equitable and effective agreement under the UNFCCC in 2015, with a view to ensuring the full, effective and sustained implementation of the UNFCCC.”

The pair are seen as critical to any Paris deal. China is the world’s largest emitter of greenhouse gases, while India is the fourth after the US and European Union.

Beijing and Delhi have previously resisted making any binding emission reduction commitments at the UN, arguing industrialised nations have a greater historical responsibility for climate change.

Last year that changed when China announced a joint agreement with the US, targeting an emission peak by 2030. Analysts say the country’s emissions are already showing signs of slowing.

India will not commit to any specific emission goals, Modi said recently, but the country has announced ambitious goals to boost investments in solar and reduce its reliance on coal.