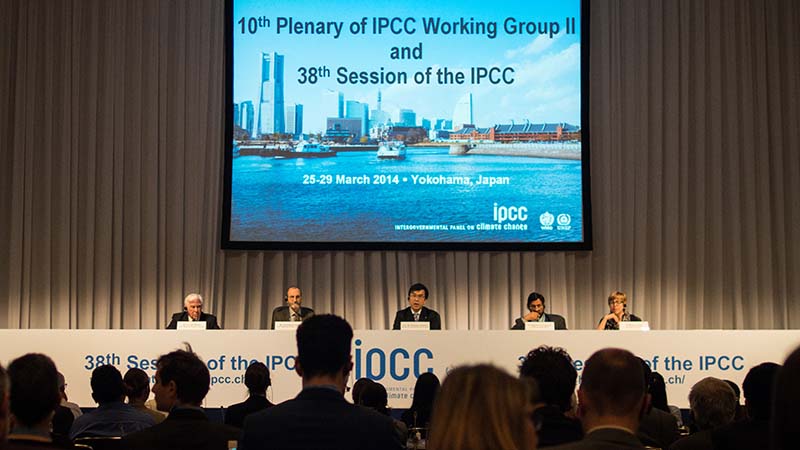 Building on the release of a mammoth report last year, experts at the Intergovernmental Panel on Climate Change are to discuss how to strap future social changes to their predictions.

Scientists will merge ‘shared socioeconomic pathways’ with different trajectories for levels of greenhouse gases over the century, based on how the planet slows the burning of fossil fuels.

“We use scenarios much like testing probes to explore future societal developments and their consequences for climate and the environment,” said Keywan Riahi, a lead author on the IPCC’s latest assessment report and convening the three-day meet in Vienna.

The scenarios map interactions between the economy, a warming climate and an energy sector in flux as clean energy challenges carbon-intensive mainstays.

Those insights are key amid a world population set to swell to 11 billion by 2100, and spectrum of future carbon dioxide emissions, seen in the unwieldy-titled ‘representative concentration pathways’ (RCPs) below. 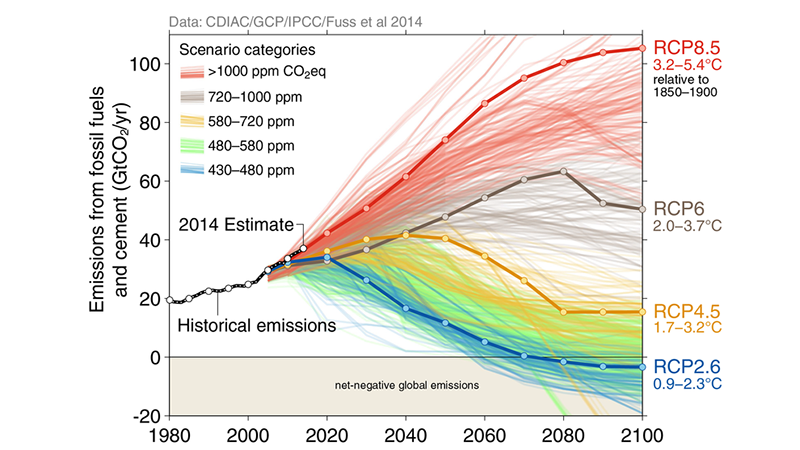 Set up in 1988, the UN climate body provides the scientific backing to ongoing climate talks set to strike a global deal in Paris this December.

In the Fifth Assessment Report (AR5) rolled out over 2013-14, the IPCC said “human influence on the climate is clear” with continued carbon emissions causing “severe, pervasive and irreversible impacts”.

The IPCC facilitated the development of new scenarios in the AR5 and assessed them in tandem with leading scientists. Over 800 contributed to the report, working for free while holding posts at other universities and institutes.

“The scenarios from the research community form the backbone of our analysis of potential climate change impacts as well as mitigation and adaptation solutions,” said Ottmar Edenhofer at the Potsdam Institute for Climate Impact Research and co-chair of Working Group III, which deals with the mitigating climate change.

The panel is set to appoint a new chair by October, who will shape the institution’s future after 12 years headed by Rajendra Pachauri.