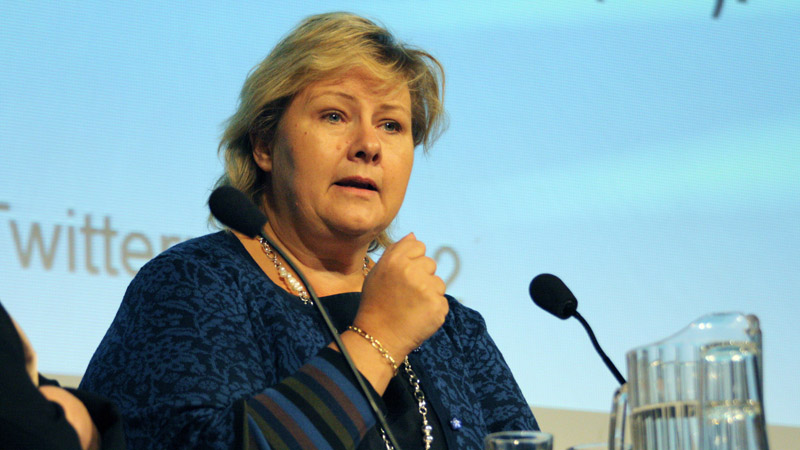 Norway’s parliament will tomorrow vote on plans to create the country’s first flagship climate change law by the summer of 2017.

The proposal, submitted by Christian Democrats and Green Party, recommends Norway model a law on the UK’s 2008 Climate Change Act.

It suggests lawmakers consider binding greenhouse gas emission reduction targets for 2030 and 2050, regulations for reporting emissions and a series of carbon budgets.

Daniel Rees, an advisor to Norway’s Green Party, told RTCC the final motion would be “fairly open” allowing the government flexibility to craft its own policies over the next two years.

Rees said it was vital a Norway climate Act set clear and measurable goals “in tonnes of CO2” rather than more “intangible” low carbon economy targets.

Historically the country’s two main parties – Conservative and Labour – have been hostile to any binding climate legislation, but on Monday both indicated they would support a law.

The right wing Progress party, part of the ruling coalition, is set to oppose the plans but does not have enough MPs to block a vote.

The decision by the major parties to adopt a law was influenced by “basic analysis that Norway’s climate policy had not succeeded in cuts in emissions,” said Rees.

The final law could also see creation of an independent body, modelled loosely on the UK’s Committee for Climate Change, that would oversee government policy.

Norway’s GHG emissions rose 4% from 1990 to 2013, largely due to its large oil and gas sector, which increased emissions 80% in that time period.

But a government report in 2013 suggested emissions would continue to rise unless new policies were implemented.

Under the offsetting regime, developed countries could invest in low carbon projects in the developing world as a substitute for domestic emissions cuts.

“That’s one of the reason we want a climate law – to make it clearer where we are heading,” she said.

“What we see now is a growing concern among politicians that you should try to make a transition from being an oil country to be able to live from other things.”

“It is safe to assume that Arctic gas will have its day,” Børge Brende told an Economist conference on the Arctic in Oslo earlier this month.