Arctic gas “will have its day” says Norway foreign minister

UN climate deal will not rule out gas from North Pole, says Børge Brende, arguing fuel is a “bridge” to cleaner future 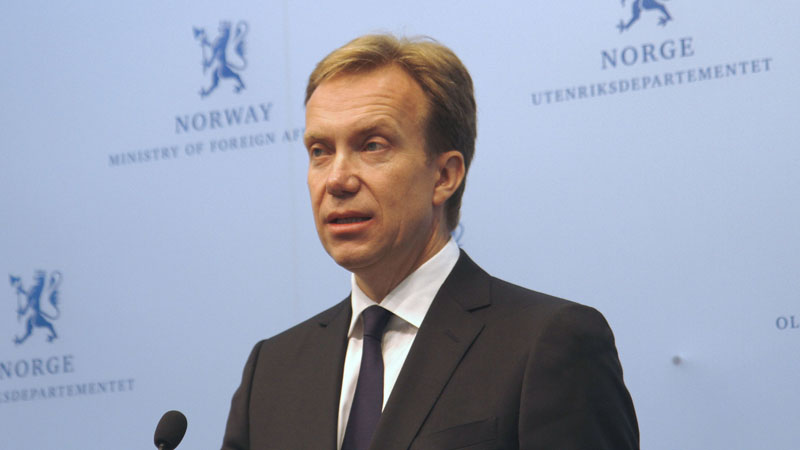 The Arctic’s vast gas reserves will not remain untouched even if the world agrees a global climate change pact in Paris later this year, Norway’s foreign minister has said.

“It is safe to assume that Arctic gas will have its day,” Børge Brende told an Economist conference on the Arctic in Oslo on Thursday.

“The key challenge will be to strike right balance between utilisation and protection.”

The “fate” of the region depended on the type of deal reached in the French capital later this year, he said, revealing he would travel to Paris to discuss those negotiations next week.

Gas should be used as a “bridge” fuel to a low carbon future, Brende said, but stressed that any drilling operations in the Arctic should respect its fragile environment.

According to the US Geological Survey, the Arctic region is home to an estimated 1,669 trillion cubic feet (47 trn cubic metres) of natural gas and 44 billion barrels of natural gas liquids.

This means more than 80% of coal, a third of oil and half of gas stocks need to stay in the ground.

Low oil prices have caused some companies to suspend plans to drill in the Arctic, but Norway’s state-owned company Statoil says it will maintain its long term programme.

Some of these will not be realised until 2030, when the EU and Norway say they plan to have cut emissions 40% on 1990 levels.

Brende dismissed fears of a race for resources between Norway, Denmark, Canada, Russia and the US. All committed to dialogue over how the region should be developed, he said.

Last December, US scientists warned the Arctic was warming twice as fast as anywhere on Earth, with above-average melt of the vast Greenland ice sheet.

This has opened up the region to oil and gas companies, and raised the prospect of an ice-free North East passage around Russia rivaling the Suez canal as a summer route for cargo vessels.