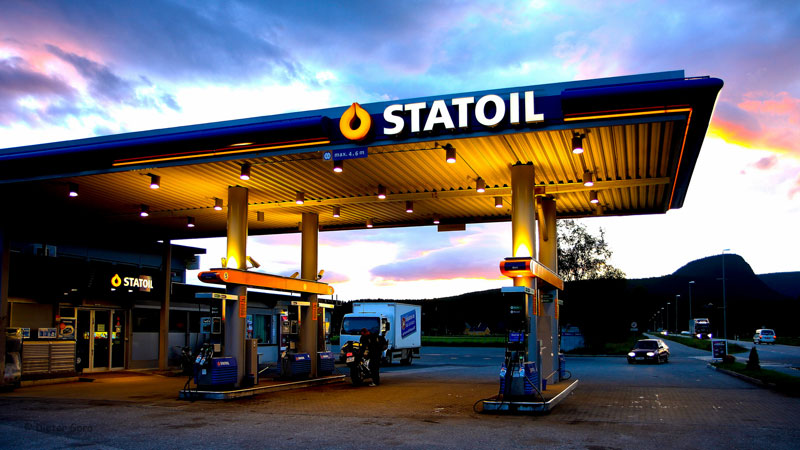 Norwegian oil major Statoil will go ahead with Arctic drilling plans, despite the drop oil prices and threat of climate change.

Tim Dodson, executive vice president of Statoil, quenched rumours that the company had given up its exploration work in West Greenland because of low oil prices – a move UN climate chief Christiana Figueres highlighted as an example of stranded assets becoming a reality.

But at this week’s Arctic Frontiers conference in Norway, Dodson insisted: “We don’t make our decisions based on short term oil prices. This is about not seeing sufficient potential to move forward, to drill wells and to eventually make discoveries and commercial developments.”

With oversupply leading to a dramatic drop in the oil price in recent months, there have been doubts over whether expensive Arctic projects are still viable.

This is a pattern that will continue for “some time”, added Sun Xiansheng, director general of China National Petroleum Corporation. All the same, he said: “China is willing and capable to assist in the Arctic oil and gas cooperation.”

The difficulty of operating in the harsh environments – as well as the particular sensitivity of the region in the case of an oil spill – means that undertaking exploration work is a risky undertaking.

The difficulties are magnified by the spectre of a new UN climate change treaty, which could see countries commit to decarbonising their economies by 2050.

NGOs, and in particular Greenpeace, have protested against oil companies’ efforts to explore for more oil in the Arctic. Burning all the existing reserves of fossil fuels would see temperatures rise beyond the internationally agreed limit of 2C.

Dodson stressed that Statoil would continue with its long term programme of Arctic drilling and exploration. Some of its projects may not come into fruition until after 2030 – the date by which the EU has pledged to reduce its emissions by at least 40%.

The Arctic, he said, is one of the few areas left, alongside the Middle East and Russia, where there is the potential to make large discoveries – necessary if exploitation is going to be profitable.

The US Geological Survey estimates that the region contains 22% of undiscovered, technically recoverable fossil fuel resources in the world.

Dodson added that the company was still pursuing exploration projects in the Barents Sea, and that they hoped to acquire new land on which to drill in the future.

This is an ambition supported by the Norwegian government, which this week opened up new licensing blocks in the far north for the first time since 1994. Production licenses will be awarded in the first half of 2016, with Statoil among the companies which has been invited to apply.

Ironically, this was possibly only because new data showed that the ice cap had receded – a result of global warming.

“The push from the oil and gas industry is going to be a smaller part of our growth in the years to come,” said Norwegian prime minister Erna Solberg, also speaking at the Arctic Frontiers conference.

But in the north of Norway, she added, “activity related to oil and gas will become stronger”.

The UN’s climate director for strategy Halldor Thorgeirsson emphasised that, in light of the challenges of climate change, the energy sector would need to go through a real transformation.

“You may ask, can’t we fix this with adjustments and improvements… But the reality is that these emissions will need to stop rising soon and start declining,” he said.

Greenpeace Denmark campaigner Jon Burgwald suggested that the tone was akin to a “new form of climate denial”.

He wrote in the Arctic Journal: “Everyone agrees on the urgency, while at the same time way too many are praising a continuous race down a dead-end road.”