UN climate change talks and the Paris deal – a guide

ANALYSIS: What would a global carbon cutting deal look like, how will countries get there and could it end in disaster? 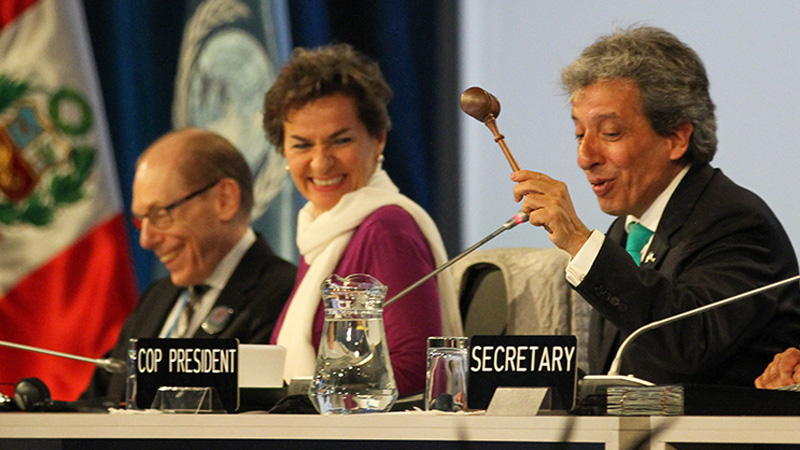 Envoys from nearly 200 countries will descend on Geneva from February 8-13, tasked with crafting a draft of a proposed UN climate change pact.

Time is tight. They have to deliver the basics of an agreement by May, and a final version for world leaders to sign in Paris by December.

The vast majority of governments agree global warming is an existential threat, but there is limited convergence on what should be done to avert catastrophic temperature rises.

Countries last tried to deliver a similar deal to curb greenhouse gas emissions at the Copenhagen climate summit in 2009.

That meeting ended in a weak ‘Accord’ after two weeks of bitter negotiations, pitting rich and poor countries against each other.

So has anything changed, and will 2015 be the year the world finally gets to grips with climate change? Here’s our guide.

The Intergovernmental Panel on Climate Change (IPCC), the world’s leading authority on global warming, says evidence humans are warming the planet is “unequivocal”.

This is already having an impact, with increasingly severe heatwaves, flooding and tropical storms recorded all over the world.

Without action, these impacts are expected to become more extreme.

In its latest report the IPCC warned that if greenhouse gas emissions from burning fossil fuels continue at their current rate, dangerous levels of warming could be locked in before 2050.

To tackle this, governments are working on a deal to limit warming to below 2C above pre-industrial temperatures.

Agreed by diplomats in 2009, the 2C ceiling indicates what they believe the red line for dangerous levels of climate change is.

Small island states and some African countries disagree – they say 1.5C is a safer level, but with temperatures already up nearly 1C in the last century, that battle may already be lost.

How could a Paris deal work?

Forget any grand treaty. This is likely to be an agreement crafted to allow maximum flexibility to all countries involved.

It will rely on goodwill and national pressure, rather than any tough international framework.

Instead governments will submit their carbon cuts over the course of 2015. Known as Intended Nationally Determined Contributions (INDCs), they will be decided at state level.

These will then be added up and a UN panel will reveal on November 1 whether they collectively meet the 2C warming threshold.

The few rules are likely to involve how countries measure, report and verify their GHG emissions.

The deal may also specify the role of carbon pricing and markets to reduce the use of fossil fuels, and include targets to encourage countries to invest in climate adaptation measures.

A 37-page document released in December outlines a vast range of ideas that could be included in Paris. Any or none could make the cut.

The talks are coordinated by the UNFCCC, the UN’s climate body, which was founded in 1992.

Virtually every country in the world takes part in these negotiations, although delegations from North Korea, Myanmar and Bhutan are often hard to spot.

Since the 2009 Copenhagen summit the negotiations have been the haunt of mid-level diplomats, with most world leaders noticeably absent.

Leading multilateral organisations like the World Bank and IMF are also represented, as are the UN Environment Programme and UN Development Programme.

Private sector links to the talks are weaker. Business does not have a specific seat at the UN table, relying on national or regional lobby groups to influence proceedings.

It’s often framed as an environmental crisis but solving climate change is fundamentally an economic problem.

The hunt for fossil fuels has been the main driver of growth since the industrial revolution.

IPCC scientists say the 2C ceiling will only be avoided if the world moves towards a goal of zero net emissions by the end of the century.

That means only using coal, gas and oil with nascent carbon capture technologies, investing heavily in energy efficiency and low carbon forms of energy like nuclear, wind and solar power. 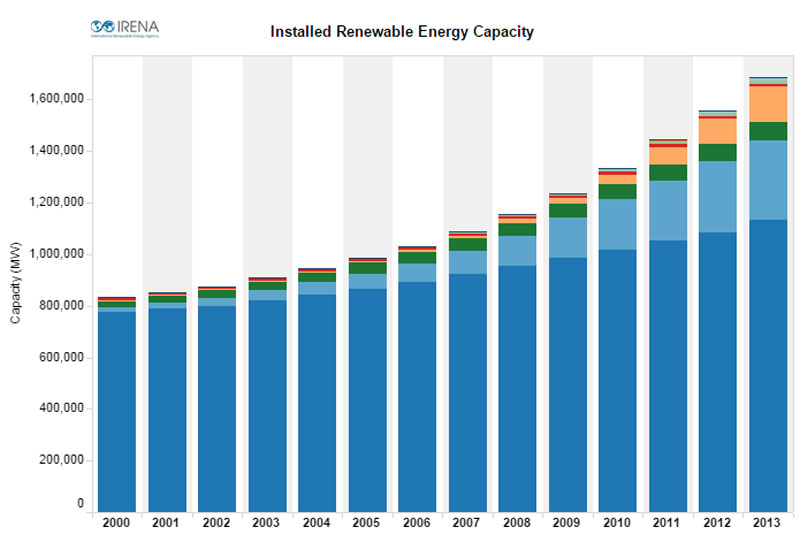 Any emissions that cannot be eliminated must be absorbed by growing forests or yet-to-be-proven technologies to suck carbon dioxide out of the air.

Developing countries say they can only do this if they receive financial help from the developed world to invest in these technologies.

Some also argue that because richer nations historically emitted large levels of carbon dioxide over the past century, they have the greater responsibility to make greenhouse gas cuts.

In turn, developed countries say it’s now the major emerging economies like China, India and Brazil whose emissions are rising the fastest, and they need to take a greater share of the burden.

What are the major hurdles?

The debate over historical emissions and how to differentiate the responsibility of rich and poor countries cuts to the heart of these talks.

Since these negotiations started over 20 years ago there has been a metaphorical ‘firewall’ between the two camps, with only developed countries obliged to make cuts.

Meteoric growth among emerging economies has muddied these waters. For instance, China now has higher per capita emissions than the European Union.

Any deal struck in Paris has to apply to all countries – but how this should be split up is still not clear.

The lack of financial help from developed to developing countries exacerbates these tensions.

How can cash-poor African or Asian countries agree to carbon cuts without a green investment plan, say leaders on those continents?

In 2010 western nations pledged to deliver $100 billion a year for green investments by 2020. In the two years that followed this briefly hit $10 billion a year, but has since diminished.

A UN-backed Green Climate Fund (GCF) is now up and running with around $10 billion banked for the next few years, but the sums are well short of what was promised.

Without more money or a clearer vision of how the private sector can be encouraged to back green projects, developing governments may balk at accepting any tough carbon curbs.

The recent oil price crash has exposed the vulnerability of countries like Russia, Iran and Venezuela to a dramatic fall in resource export revenues, as well as companies engaged in high-risk drilling projects.

Oil-rich governments and fossil fuel lobbyists cannot be expected to willingly back a UN deal that will set the clock ticking on their operations – so expect a fight.

Any danger this will be another Copenhagen?

With this set of turbulent talks, anything is possible. But rub away the rhetoric and what is being proposed for Paris is significantly different than six years ago.

For one, countries will not have a tough legal climate deal imposed on them come the end of 2015. It’s likely to be flexible and led on a national level, and thus more politically palatable.

The US-China deal, signed off in November 2014, covers over 40% of global emissions and sent a clear message the world’s two largest economies are supportive of the Paris talks.

With the EU’s 28 member states already having released its 2030 CO2 goals this represents a significant wedge of the global economy that is looking to decarbonise.

Analysis: How have UN talks progressed since 2009?

Third, the costs of clean energy are falling. Rapidly. Installed renewable energy capacity has doubled since 2000, with prices for solar panels crashing.

Fourth, leading political figures are rallying behind a Paris accord, from UN secretary general Ban Ki-moon, who has made this a priority, to the Pope, US president Barack Obama and China’s Xi Jinping.

But if this sounds a done deal – think again. It’s still not clear what level of backing leaders in Brasilia, New Delhi, Pretoria and Moscow will give this agreement. Their buy-in will be critical.

And experts do not expect the commitments made in Paris to meet the 2C goal, leaving work to do to ratchet up ambition later.

Key events to look out for?

The action officially kicks off in Geneva from February 8-13, followed by two weeks of talks in Bonn this June, and the main Conference of the Parties in Paris this December.

These are the high-profile fixtures, but the interesting manoeuvres are already taking place away from the eyes of the media, as diplomats shuttle between capitals.

Continuing #climate talks with Todd Stern. The EU and the US have much more than in common than we have apart #COP21 pic.twitter.com/A83W5U5pbS

As at the recent World Economic Forum, which devoted a day to the issue, expect climate to be a major talking point at this year’s multilateral meetings, such as the G7 and G20.

Climate will figure in the UN’s forthcoming Sustainable Development Goals (SDGs) which are to be signed off at the UN General Assembly in September.

New cash flows to help green investment will also become clearer when countries gather in Addis Abba in July for a conference on financing for development.

Pope Francis’ eagerly awaited Papal encyclical on the environment should add impetus and place the views of Catholics in a climate sceptic US Congress under the spotlight.

But above all – watch the markets. Poorly organised and badly handled, Copenhagen was ultimately sunk by the financial crisis and leaders who had more pressing concerns.

Steady economic growth can offer governments a platform in Paris. Without it, even the boldest may struggle to be enthused.