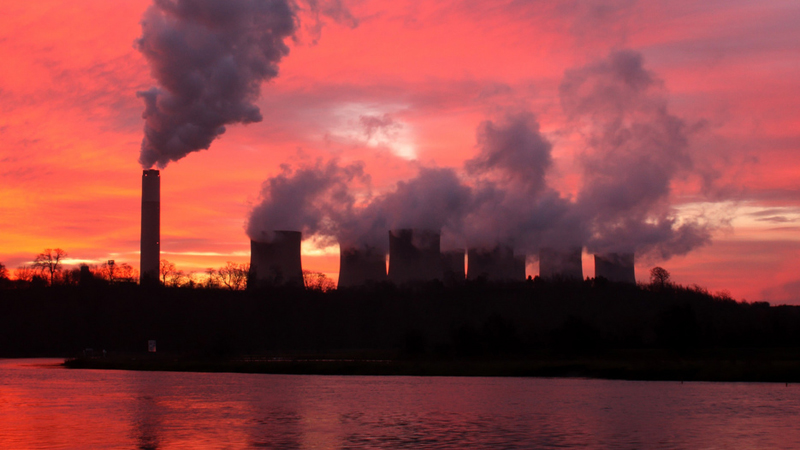 The World Meteorological Organization has confirmed that 2014 was likely to have been the hottest year on record.

The announcement follows on from similar announcements from the UK Met Office, NASA and the National Oceanic and Atmospheric Administration (NOAA), who also said that record temperatures occurred in 2014.

The WMO – a UN agency – combined the datasets of these three bodies to arrive at an overarching conclusion.

The pooled data confirmed that 2014 was the hottest year since records began, with temperatures hitting 0.57C above the long term average for 1961-1990. 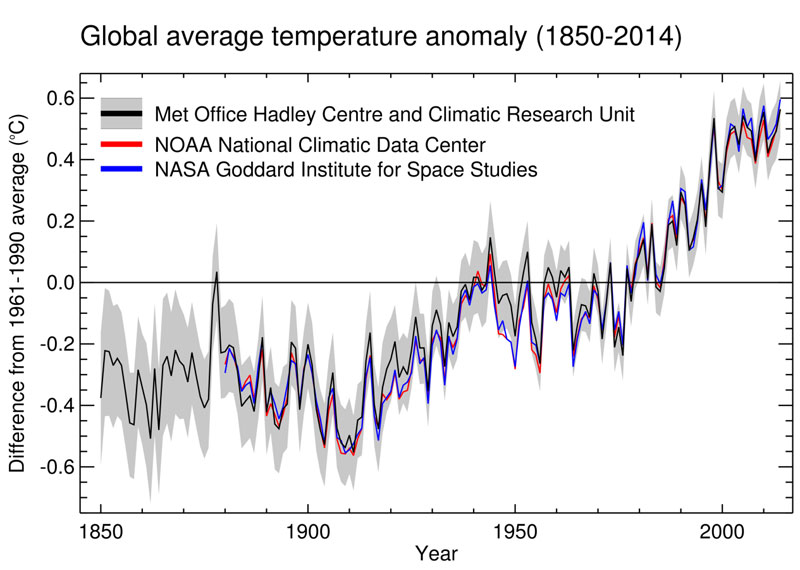 This is just marginally above the previous records set in 2010 and 2005, which registered temperatures of 0.55C and 0.54C above the long term average respectively.

Michel Jarraud, secretary general of the WMO, stressed that the overall warming pattern was more important that the ranking of any individual year.

“Analysis of the datasets indicates that 2014 was nominally the warmest on record, although there is very little difference between the three hottest years,” he said.

“Fourteen of the fifteen hottest years have all been this century. We expect global warming to continue, given that rising levels of greenhouse gases in the atmosphere and the increasing heat content of the oceans are committing us to a warmer future.”

The record temperatures occurred despite the fact that there was no El Nino – a weather phenomenon that raises the global average temperature. 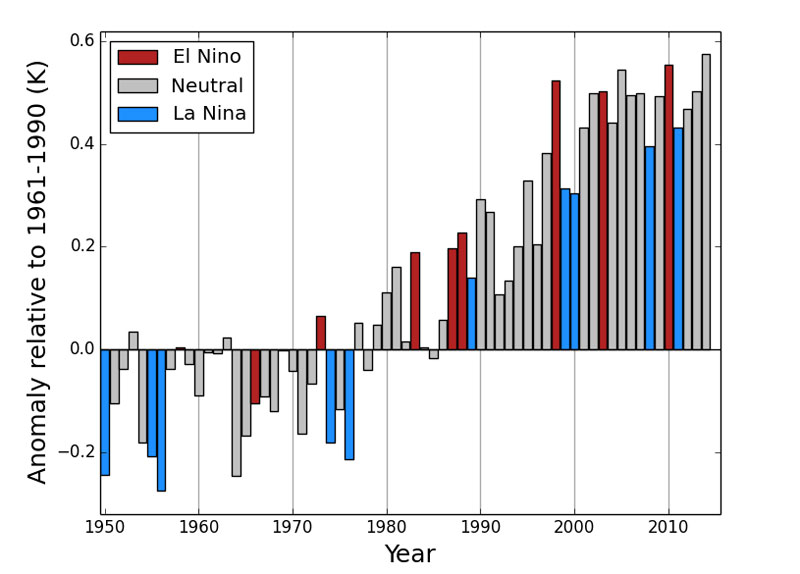 Most of the excess energy generated by greenhouse gases ends up trapped in the sea, which some scientists say is the reason for a slowdown in atmospheric warming since 1998. The oceans reached record temperatures in 2014.

Jarraud said that other unusual weather patterns in 2014 – including torrential rainfall and floods in some countries and drought in others – were consistent with a changing climate.

The WMO will issue its final report of the Status of the Climate in 2014 in March this year.

In December, the UN will try to sign off a global climate deal to limit temperatures rise to 2C above pre-industrial levels. Countries will gather in Geneva next week to write the draft version of the agreement. 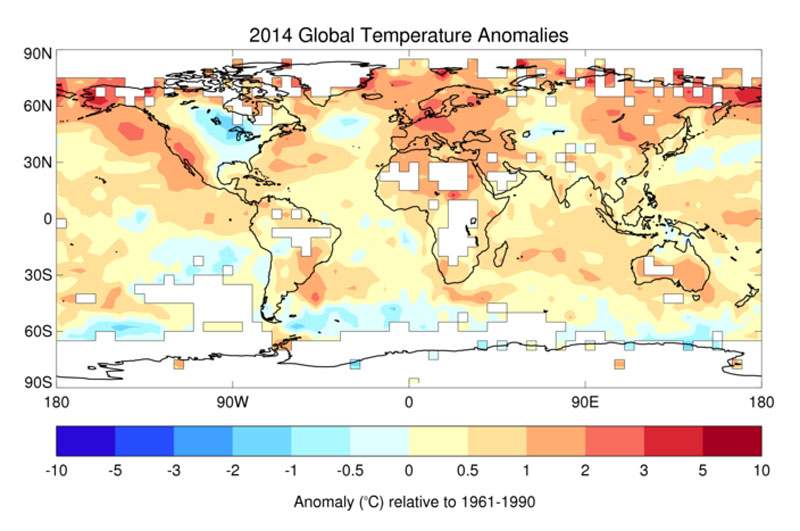