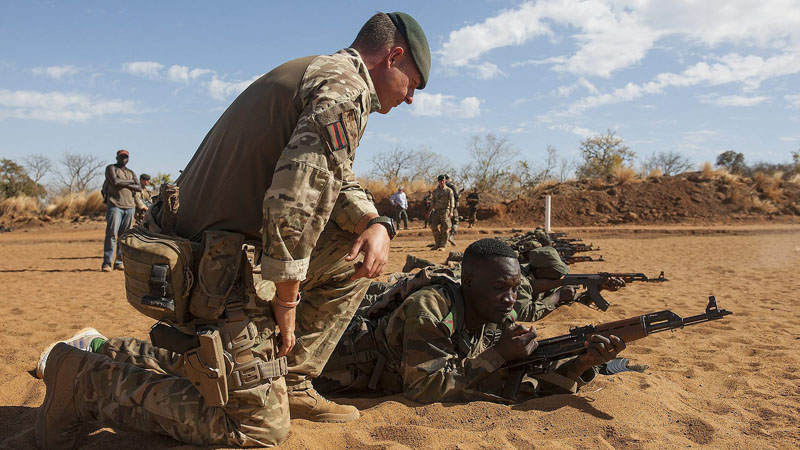 Climate change could open the door for extremist groups like Boko Haram to take control of parts of Africa and South Asia, risk analyst firm Maplecroft has warned.

In its latest Climate Change and Environmental Risk Atlas it identifies 32 countries across the two continents where food shortages linked to drought and other natural disasters could “amplify” civil unrest.

Bangladesh, Nigeria, India, Myanmar, Philippines are among the most vulnerable it says, while China, India, Nigeria and Kenya are “high” risk.

“Widespread drought and food insecurity helped create the socio-economic conditions that led to the emergence of Boko Haram and the violent insurgency in the North East of the country,” write the authors.

“Food insecurity and food price volatility have also been identified as triggers to the Arab Spring – particularly in Egypt and the current Syrian conflict.”

Other countries deemed at acute risk include the three West African countries hit by outbreaks of ebola: Sierra Leone, Liberia and Guinea.

A lack of coordinated governance and security concerns in this region is a “key driver of the region’s increasing vulnerability to climate change” adds Maplecroft. 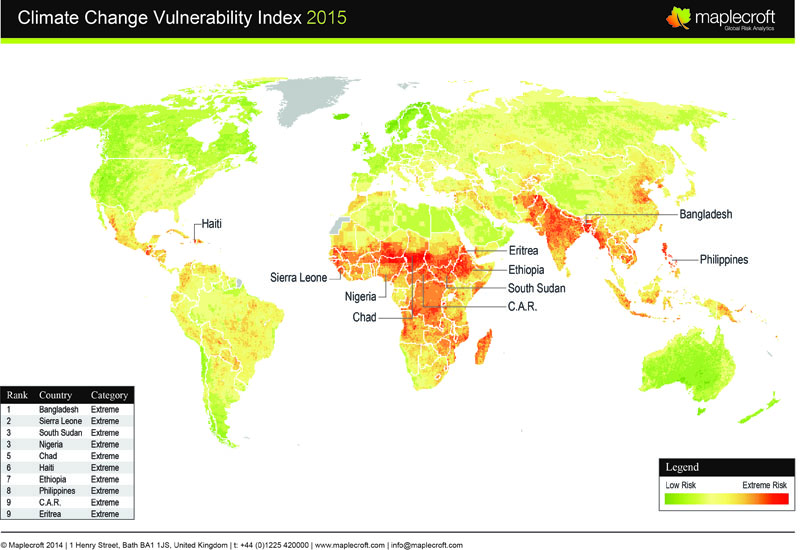 Drawing on recent research from the UN’s IPCC climate science panel, the report says countries heavily reliant on agriculture for their economies are likely to be worst hit by future climate impacts.

“The agricultural sector in Southern and Southeastern Asia in particular is likely to be significantly affected by climate change,” it says.

“These regions are expected to experience respective drops in labour capacity of 7% and 16% by 2045 due to future increases in heat stress, threatening economic output and productivity from the agricultural sector.”

IPCC scientists and government officials are meeting this week in Copenhagen to discuss the UN panel’s flagship “synthesis” study.

This will condense the findings of three 1,000-page studies it has released over the past 12 months.

The final document, due out on November 2, is likely to warn that continued emissions of greenhouse gases will lead to “severe, pervasive and irreversible impacts for people and ecosystems”.

Links between climate change and instability are not new. Last month the US military said rising sea levels and temperatures would change the way it operates around the world.

And the NATO military alliance said in September global warming, water scarcity and energy demand would “shape the future security environment” for its 28 member states.