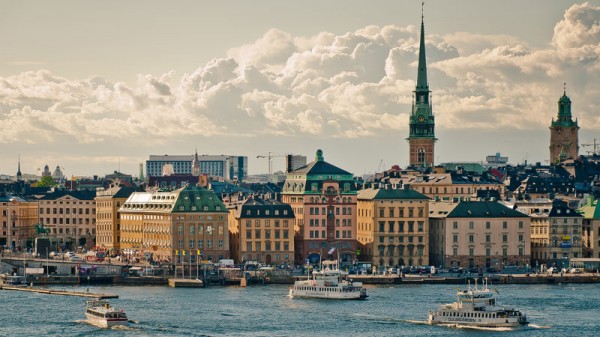 Sweden will pay half a billion dollars into the UN’s green bank, the government will announce in its 2015 budget.

From this sum, around $70 million will be additional to its existing overseas aid commitments, meaning that it won’t be diverted from existing development projects.

The $500 million will be delivered over a four-year period.

New prime minister Stefan Löfven said he was committed to “leading the fight against climate change” in his first speech.

“As a proportion of their GDP that makes it the most ambitious pledge to date. If Germany pledged an equivalent amount of their GDP, their €1bn pledge would have been more than 3.5bn, and the US would have to pledge around US$ 15bn,” said Tim Gore, a climate finance expert at Oxfam International.

“That’s the kind of real leadership we need to fill the fund and to send the signal that governments are serious about tackling climate change. The pledge does still need to be approved by the Swedish parliament, so we hope they follow the leadership the new government is showing.”

The money will go into the UN-backed Green Climate Fund, which will channel climate finance towards poor countries.

Financial pledges from developed countries are expected to amount to $100 billion a year from 2020.

So far, countries have been slow to come forward, with around $2.3 billion in the pot so far, mainly provided by France and Germany. Sweden had previously given another $40 million.

Until last week, the structure and safeguards of the GCF had been in limbo. This uncertainty had discouraged countries like the US and UK from making contributions to the Fund.

A board meeting which concluded on Sunday in Barbados removed the final obstacles to potential pledges, observers said.

States are now expected to promise new money at a pledging session in November.

Separately, one of Sweden’s national pension funds has announced that it will ditch its fossil fuel investments.

Sweden’s Second AP Fund – one of four national pension funds in the country – will sell its holdings in 12 coal and eight oil and gas production companies. These investments are worth around $116 million.

The decision was taken following a risk analysis on the impact that the move away from fossil fuels could have on the fund.

“By not investing in a number of companies, we are reducing our exposure to risk constituted by fossil-fuel based energy. This decision will help to protect the Fund’s long-term return on investment,” said Eva Halvarsson, CEO of the Second AP Fund.

It is the first national pension fund to divest from fossil fuels, representing a victory for the widely backed Fossil Free campaign. The Norwegian government has also instructed a panel to look into the fossil fuel holdings of its $840 billion sovereign wealth fund.

Last week, the Swedish city of Orebro committed to divest its €225 million funds from fossil fuels.

Commenting on the decision of Sweden’s pension fund, Olivia Linander, a campaigner wih Fossil Free Sweden, said: “All AP Funds need to follow their lead now by phasing out investments in fossil fuels and supporting a just transition to a livable future instead.”