Örebro has committed to drop its investments in coal, oil and gas companies, in line with a goal to go fossil-free by 2050 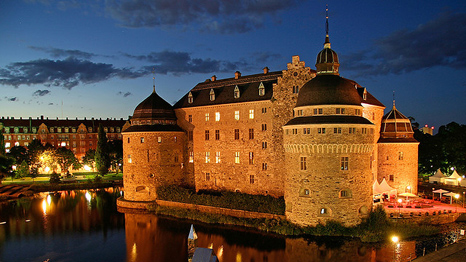 It brings the municipality’s finances in line with its overall goal to become fossil-free by 2050.

Lena Baastad, mayor of Örebro said: “We need to take action on climate change on various levels. Our efforts are more meaningful when we ensure that our financial assets don’t work in the opposite direction.”

Örebro has already cut its stake in energy companies from €2 million to €655,000 on the path to zero investment in polluting fuels.

It joins a growing movement of cities, religious organisations and philanthropic funds in a divestment campaign coordinated by 350.

The Rockefeller family, which made its fortune in oil, was among 800 philanthropists worth US$50 billion promising to drop fossil fuels from their portfolios.

Meanwhile Glasgow University’s decision last week to cut its finance to energy companies angered some of the faculty, the Times reports.

The sums of money involved are a drop in the ocean of the oil and gas sector’s US$5 trillion equity value.

Greener alternatives are scarce and need to scale up massively to compete with the fossil fuel sector, analysts say.

But divestment is a way for organisations to send a message that they don’t accept the status quo.