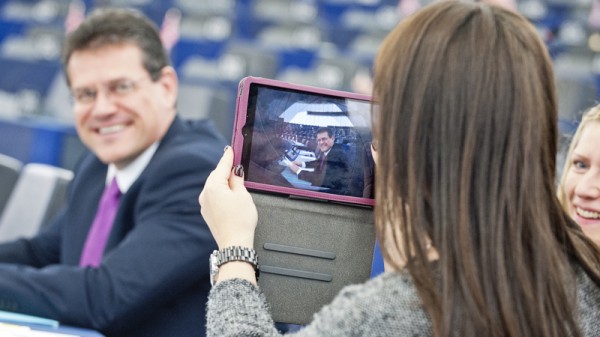 The European Commission president has put forward Slovakia’s Maros Sefcovic to lead the “energy union” project, after his first candidate was rejected.

Jean-Claude Juncker was forced to pick again when EU lawmakers voted out his original choice, Alenka Bratusek, after a tough hearing.

Sefcovic had been approved for a transport brief and must now face another grilling on his suitability for the energy union role.

Energy union is a newly created portfolio, one of six senior commission roles.

The core objective is to reduce reliance on Russian energy imports, in light of the Ukraine crisis, with some links to climate policy.

Taking over new energy union portfolio in #teamJunckerEU; fully conscious of important challenges lying ahead in this key policy area

Sefcovic is a more experienced candidate than Bratusek, having taken charge of “inter-institutional relations and administration” over the last four years.

That principle is unpopular with an increased number of Eurosceptic and nationalist MEPs, but fits with the brief of presenting a united front to Russia.

The vice president of energy union will take a strategic overview of a number of portfolios, including energy and climate action.

That job was, despite controversy over his connections to oil companies, awarded to Spain’s Miguel Arias Canete.

The incoming commissioners will be responsible for working out the details of a 2030 climate and energy framework.

National leaders are set to finalise the headline 2030 targets next week, although there are still disagreements to be worked out.

One of the commissioners will represent the EU at critical climate talks in Paris next year, when a global deal is due to be signed.

In her hearing, Bratusek could not answer whether she or Canete would attend international talks, one of several issues on which she was criticised for vagueness.