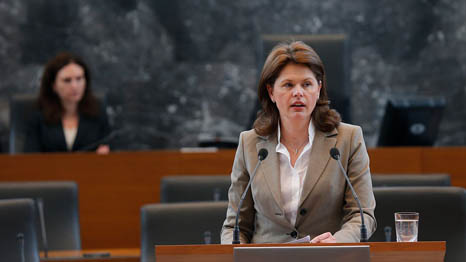 The future leadership of Europe’s energy and climate policy is up in the air after members of the European Parliament raised concerns about the candidates for both top jobs.

Alenka Bratusek, in line to lead the newly created “energy union” brief at the European Commission, was grilled on Monday.

The former Slovenian prime minister was criticised for giving vague answers in the face of questions about her experience, priorities and the legitimacy of her nomination.

In her opening statement, Bratusek stressed the importance of climate action as well as handling the EU’s tense relationship with Russia.

“From today’s perspective, it may seem the relationship with Russia is the crucial question,” said Bratusek. “But we must not forget the other long term security challenges…

“Achieving our climate objectives, while at the same time enhancing the competitiveness of European industry, must remain the top priority.”

But MEPs showed frustration at a lack of detail in Bratusek’s answers to their questions, including who will represent the EU at international climate talks.

Has someone got a spare koala bear? Or a goldfish? Anything more interesting than #Bratusek. Just not another parrot! #EPhearings2014

From her approval hearing performance, I sense #Bratusek will struggle to get confirmed. Weak and clueless on policy specs. #EPhearings2014

In a statement sent to the media Greenpeace said her answers “lacked substance and initiative” and struggled to convince watching MEPs she could do the job.

“While Bratušek was right to link climate policy to the energy union vice-presidency, it’s difficult to imagine how she could take on such an important portfolio based on today’s vague and evasive performance,” the green NGO said.

In a highly politicised round of hearings, MEPs have objected to half a dozen candidates for the 27 EU top jobs so far.

These include Spain’s nominee Miguel Arias Canete, who was allocated the climate action and energy brief.

As his initial choices come under fire, incoming commission president Jean-Claude Juncker may be forced to reshuffle his team to win Parliament’s approval.

With a new two-tier commission structure, Juncker has created uncertainty over who is ultimately responsible for climate change policy.

Bratusek’s “energy union” role has the rank of vice president, which is senior to Canete’s energy and climate post.

Both will have a hand in developing Europe’s  2030 climate and energy package, the core elements of which are set to be approved by national leaders later this month.

Under questioning, Bratusek could not say which of the two would represent the EU at international climate talks in the run up to a deal in Paris next year.

Juncker told Bratusek in a letter her role would be to build “a resilient energy union, with a forward-looking climate change policy”.

It is one of six vice president positions created to take a strategic view across several departments.

Making Europe “the world number one in renewable energy” is the only explicitly green objective in a list of five set out in Juncker’s letter.

The emphasis is on cutting dependence on Russian fuel imports, in light of tensions in the Ukraine.

Energy efficiency and renewables are seen as part of the answer, but diversifying Europe’s supplies of fossil fuels is likely to take up more of the VP’s time.

There is talk of speeding up gas pipelines, shared access to gas storage and joint buying to weaken Russia’s stranglehold on Eastern European markets, in particular.

In her 13 months as Slovenia’s prime minister, Bratusek oversaw the continued expansion of a controversial coal-fired power plant.

The Sostanj project, financed by the European Investment Bank, was dogged by corruption allegations and came in 50% over budget.

According to Bankwatch, by 2050 the plant will use up almost all Slovenia’s carbon emissions allocation.

Meanwhile, Bratusek is under an ethics investigation in her home country over the nomination process.

She is accused of putting herself forward despite losing a general election earlier this year. Slovenia’s new government does not back her.

At the hearing, Bratusek said her government had put forward a shortlist of three names, including her own, and the decision was Juncker’s. 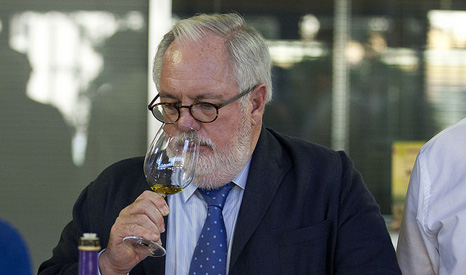 Juncker may have to rethink his choices as the heat rises on several candidates, including Canete.

In a heated session last Wednesday, the former Spanish environment minister failed to satisfy green and centre-left MEPs of his commitment to tackling climate change.

The MEPs homed in on his family links to two oil companies. Canete was president of Petrolifera Ducar and Petrologis Canaris, which store and distribute shipping fuel, until 2011.

Canete, his wife and his son have cut all ties to the firms, he said last week. However, he refused to answer questions about his brother-in-law’s involvement, insisting he was not “direct family”.

The legal affairs committee will consider in a closed meeting this evening whether there is a conflict of interest, before MEPs vote on his suitability for the job.

More than half a million people have signed an Avaaz petition to keep Canete out.