With two weeks until leaders are set to finalise EU2030 package, Martin Lidegaard tells RTCC there is “a long way to go” 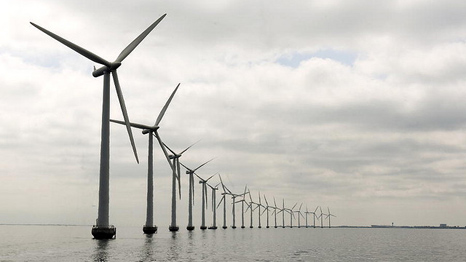 There is “still a long way to go” for Europe to agree its 2030 climate and energy targets, Denmark’s foreign minister has told RTCC.

Martin Lidegaard is on a tour of European countries to try and build consensus for the package, two weeks ahead of the sign-off date.

National leaders are to finalise at a meeting 23-24 October the EU’s carbon emissions, energy efficiency and renewable energy goals for the next decade.

This framework is important not only for the climate but for Europe’s energy security and economic competitiveness, says Lidegaard.

“The reason I am taking this tour is that energy policy in Europe has also become a security policy… Ukraine has been a wake-up call for all of us.”

As the deadline nears, negotiations between the member states are intensifying. The decision has already been postponed from March.

Lidegaard says: “All countries do acknowledge that we have to decide upon the future, but there are still disagreements about how many targets and which kind of targets and how ambitious we should be.”

The European Commission has proposed a trio of targets for 2030: cut carbon emissions by 40%, improve energy efficiency 30% and generate 27% of energy from renewable sources.

There are also measures to promote strategic infrastructure and create a single energy market. And the framework will determine how responsibility for meeting the targets is split between the member states.

Portugal is threatening to veto the deal unless it includes a binding interconnection target of 15%.

Along with Spain, it wants to connect to the rest of the European grid so it can sell its abundant renewable energy.

That means running a cable to France, which has expressed reservations about dealing with the volatility of renewable generation.

Lidegaard has visited all three countries on his tour.

“Spain and Portugal are very clear in their demand – they want access to the European market,” he says.

“It is much, much cheaper to install renewables if you have a good market. If you are an energy island, you cannot sell your power when the wind is blowing and you need backup when the wind is not blowing…

“France is also eager to reach an agreement in two weeks. There are some practical problems but we have to look into whatever has to be done.”

Meanwhile, Poland and other Eastern European countries have made clear their cooperation will come at a price.

Poland, which depends on polluting coal for 90% of its electricity, has raised concerns about the cost of meeting climate targets.

Lidegaard hopes to include Poland in his tour, but has not yet confirmed a meeting.

“All of us are keenly aware we need cost efficiency to be a key driver in this process,” he says.

“We are in the same boat as Poland when it comes to ensuring cost efficiency.”

The Eastern Bloc countries appear to be coming round to a deal, on the condition they bear less of the burden than richer European countries.

There is expected to be some transfer of funds from West to East.

NGOs have warned that without strict conditions on support, this could amount to an illegal subsidy for Polish coal plants.

“We should beware we don’t water down our agreement before we have even made it,” says Lidegaard.

Denmark is calling for efforts to create a single European energy market and binding energy efficiency and renewable targets.

Lidegaard argues this will help member states reduce dependence on Russian imports as well as deal with climate change.

“We are going to replace 80% of our power sector no matter what, in the next 20 years. If we don’t do it in a green style, we are going to continue to rely on fuel imports.”

The package is an important input into the global negotiations. Developed countries are expected to put forward national climate action plans in the first quarter of 2015, towards an international deal in Paris later next year.

“We need Europe to be in the driver’s seat when it comes to pushing for an international agreement,” says Lidegaard. “We need to deliver a target in the beginning of 2015.”