It is climate change, not curbs on coal power, that will hurt the US economy, argues Gina McCarthy 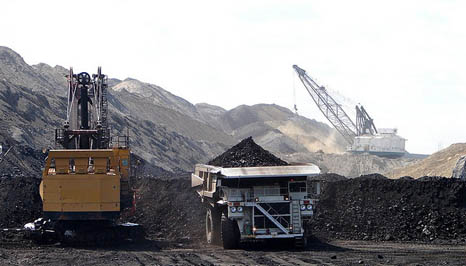 A mine in Wyoming, the biggest coal producing state in the US
(Pic: Flickr/eastcolfax)

The architect of America’s flagship clean power plan has hit back at critics who say it will harm the economy.

Shifting to a low carbon economy will fuel growth, she argued at an event organised by think-tank Resources for the Future on Thursday.

“It’s sad to see a small but vocal group of critics hide behind the word ‘economy’ to protect their own special interests; when the truth is, climate action is in everyone’s best interest.”

They have been welcomed as a sign the US is starting to take its responsibilities seriously – although some said the carbon savings were not nearly enough.

But Obama has already been forced to delay the plans in response to concerted opposition from the coal sector.

With midterm elections coming up on 4 November, it has become a campaign issue in states with significant coal industries. Republicans and a handful of Democrats are fighting the measures.

McCarthy defended the policy, saying it is climate change itself that is the true threat to the economy – and private companies recognise that.

“As seas rise, so do insurance premiums, medical bills, and food prices. From water scarcity to wilting crops, companies like General Mills and Coca-Cola see climate change as a threat to commerce.”

Obama has played up the health benefits of the clean power plan, which will cut air pollutants such as soot, as well as carbon dioxide.

The EPA estimates every dollar invested in the policy will cut health costs by US$7.

McCarthy cited the New Climate Economy report released last week. It drew on research from more than 100 organisations worldwide to make the case that governments can cut emissions and achieve economic growth.

And she rejected arguments that the US should not act when others do not.

“We don’t hide behind the inaction of other nations as an excuse for mediocrity.”

Consultation on the EPA’s proposals ends on 1 December.

The UN expects developed countries to reveal in the first quarter of 2015 their national contributions towards a global climate deal.

Commitments by the US and China are seen as critical to reaching an international agreement in Paris later next year.