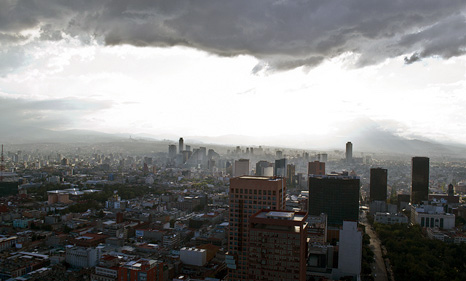 Mexico and California have formally agreed to collaborate on climate action in a historic pact signed on Monday.

Brown said: “California can’t do it alone and with this new partnership with Mexico we can make real progress on reducing dangerous greenhouse gases.”

The two economies, which share a 136-mile border, have a “long and rich history of environmental cooperation”, said Tamayo.

The agreement will “take our joint work to a whole new level,” he added.

The Environmental Defense Fund NGO, which co-sponsored the event, hailed the deal as “exactly the sort of leadership the world needs”.

Jointly responsible for more than 2% of global carbon dioxide emissions, California and Mexico have also been among the leaders on climate action in the Americas.

It was praised for passing comprehensive climate change law and laying the groundwork to protect forests through the UN’s REDD programme.

Despite imposing no binding obligations on companies, the platform proved popular with organisations wishing to show their green credentials.

Meanwhile, Brown picks up the baton from Arnold Schwarzenegger, who as governor pledged to lead the way on US climate action.

Schwarzenegger’s administration brought in a cap and trade system for carbon pollution, which has yet to be replicated at a national level.

In a personal contribution to the cause, the former action movie star converted his fleet of fuel-guzzling Humvees to run on biofuel and hydrogen.

Californian citizens are being asked to save water as the state experiences one of its severest droughts ever.

President Barack Obama has cited the drought as a reason to act on carbon emissions. Climate change will make such weather-related disasters harsher and costlier, he said.