Rainforest protection could “stagnate or decline” without support 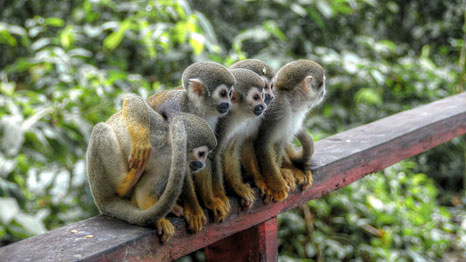 Forest protection efforts could “stagnate or decline” unless governments back UN-led efforts to stop loggers, farmers and mining companies.

That’s the message from associations representing over 160 international companies and members of civil society, who have released a declaration demanding more political support for deforestation efforts.

In a statement released on Tuesday they say the UN-backed Reducing Emissions through Deforestation and Land Degradation (REDD+) programme is the most effective tool for governments who want to cut their emissions by preserving forests, but warn it needs financial backing.

Two things are critical, it says: “policy signals which clearly outline the intention to create a regulated market for REDD+ as part of a broader climate change agreement; and interim incentives to stimulate financing for REDD+ activities during the critical 2015 – 2020 period.”

REDD+ works by enabling rich nations to effectively reduce their own emissions by paying for forests to be maintained in other countries. Deforestation is one of the largest causes of climate change, as it releases carbon stored in trees into the atmosphere.

While the UN is working to incorporate REDD+ into its climate treaty, set to be signed off in Paris 2015, more work needs to be done and quickly if the opportunities to preserve forests are to be maximised.

Without these, investment in forests through REDD is likely to “stagnate or decline”, says the statement.

Rachel Mountain, from the Global Canopy Programme, told RTCC that she hoped progress would be made at the UN’s forthcoming conference in Lima, Peru – a country that is over 50% in the Amazon Basin.

“I think it’s very poignant that it’s in Lima,” she said. “I think there’s a great focus and a real opportunity to outline what progress can be made and taken forward into a Paris agreement.”

REDD+ initiatives have so far resulted in 22 million toones of CO2 being reduced annually, while preserving 14 million hectares of threatened forests.

But the message of the Declaration contrasts with the Margarita Declaration, issued yesterday by 130 civil society groups in Venezuela, which claimed the market-based scheme to preserve forests was “dangerous and unethical”.