China could reveal carbon cap by first quarter of 2015

Chief climate negotiator says research into when emissions will peak is ongoing, but suggests country could accept CO2 cap 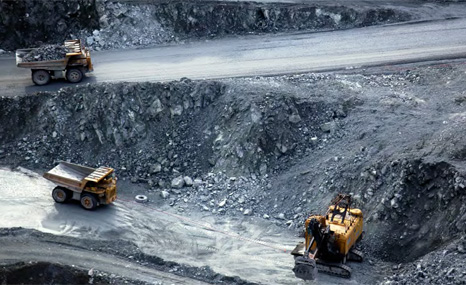 China’s coal consumption is a major headache for climate policymakers inside and outside the country (Pic: CC)

China could present plans for an overall carbon emissions cap as early as next year, according to the country’s chief climate negotiator.

Recent reports have suggested China, the world’s biggest carbon polluter, could shortly reveal when its emissions will peak.

Addressing the media at the Petersberg Climate Dialogue in Berlin, an annual gathering of environment ministers, Xie Zhenhua said this could be announced as part of China’s proposed contribution to a proposed UN climate change agreement.

“Study and research are going on… in the first half of next year we are hoping we can announce China’s nationally determined contribution and in that, the capping year might be included,” Xie said.

“If there is a capping statement I believe that target would be an ambitious one, and we’re hoping the contribution will be announced the first half of next year.”

Earlier this year He Jiankun, chairman of China’s Advisory Committee on Climate Change, said the country’s next five year plan from 2016-2020 would see an emissions cap, peaking after 2030.

He later qualified these comments, pointing out they were not official policy, but his words have been taken by many analysts as proof the Beijing government is now determined to tackle its use of fossil fuels.

China’s current climate targets involve reducing the amount of CO2 used per unit of GDP 40-45% by 2020, based on 2005 levels. It also has goals on renewable energy and reforestation.

The UN wants all major economies to reveal their planned carbon cuts by the first quarter of 2015, so talks on how a global deal could work can be tied up in December that year.

There is likely to be intense scrutiny on the ambition shown by China and the US, who jointly account for over 40% of global emissions.

Both countries are working together on developing their targets, Xie saying he was “very supportive” of President Barack Obama’s recent plans to cut power plant pollution.

Beijing officials say the country is on track with all its current obligations, but there are growing concerns that these and the actions of other governments are insufficient to avert dangerous levels of warming.

Speaking after a morning of talks with fellow environment ministers, Xie warned that the UN needs a backup if national pledges towards the 2015 deal.

Countries have committed to limit warming to 2C above pre-industrial levels, but a range of global emission pathways suggest they may need to peak by 2020 for this to be met.

“This is a big concern… how to fill this gap needs to be addressed,” said Xie.

He added China and other developing countries want to see greater financial and technological assistance to allow them to invest in low carbon infrastructure.

“We do not want the mistakes we made in Copenhagen [the last attempt at an inclusive climate deal],” he said.

“The final agreement should have the part of other parties and make sure that its implementation can help to improve economy of individual economies and improve livelihoods.”