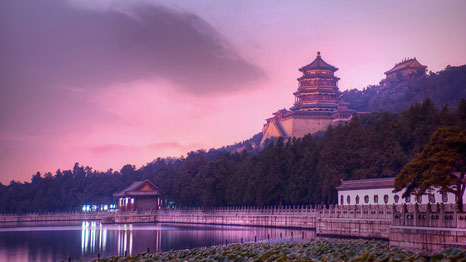 China will struggle to meet a target to slash carbon emissions per unit of economic output by the end of the decade, show energy data published on Monday.

China’s target is based on carbon intensity, or emissions per unit of GDP.

Last year, the country cut its carbon intensity for the ninth successive year, by 3.5%, the biggest margin since the peak of the financial crisis in 2008.

But the country is still off course regarding its 2020 target, which would require even sharper annual cuts consistently for the rest of the decade, a tall order.

But the target was a pledge, rather than a binding target agreed under a treaty.

Such national pledges are expected to be the approach taken in climate deals going forward, after countries failed at successive meetings to agree a new legally binding treaty or protocol to succeed the Kyoto Protocol.

China’s performance against its pledge is therefore important, as countries prepare to agree next year a new set of carbon emissions targets from 2020 to 2030.

The fact that the country is still behind may undermine the voluntary pledges approach.

One complication in tracking China’s progress is that the country has not published data on its carbon emissions since 2005.

The energy and emissions data published on Monday by the oil and gas company BP is therefore helpful.

First, it is useful to compare BP’s data against that published by China.

In 2005, China’s energy-related emissions were 5.4 billion tonnes of carbon dioxide, according to the country’s last submission to the United Nations.

According to BP, the country’s emissions were 5.6 billion tonnes that year, showing close agreement.

China’s carbon intensity in 2005 was just over three quarters of a tonne of CO2 per thousand dollars.

That is according to BP carbon emissions data, and World Bank GDP data which converts currencies into constant international dollars based on purchasing power.

To meet a target to cut carbon intensity by 40% in 2020, the country must now go even further than last year, cutting by an annual average of 3.9% for the rest of the decade (shown in yellow, in the chart below).

Such a feat seems unlikely, as the country picks off the cheapest emissions cuts first, leaving the harder work until later.

Meanwhile, the country has no hope of meeting a target under its latest five-year plan, spanning 2011-2015, to cut carbon intensity by 17% over the period.

Five-year plan targets are only indicative, and often missed. The target for the end of the decade is more significant, but the data suggest that China will struggle to meet that, too.