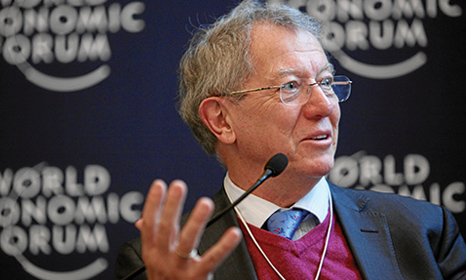 China, India and Brazil are not sending clear signals on whether they will sign a UN-backed global emissions reduction deal next year, says the UK’s top climate diplomat.

Their reluctance to confirm their position within the UN negotiations could still derail the process, warned Sir David King, the UK’s special representative for climate change, at a meeting in Parliament yesterday.

“There are no clear signs from those countries in negotiations that they are giving a green light,” he said, adding that this contrasted with the acute awareness of each state of the impact that climate change would have on their own farmlands, cities and coastlines.

Their silence also conflicted with ambitious action being taken at a domestic level, he said, citing India’s plans to build the world’s largest power station, and China’s position as a leading investor in onshore wind technology.

The UN has called all nations to gather in Paris in 2015 to try to agree a global climate change deal. If it succeeds, it will be the first treaty to commit all countries, both developed and developing, to cutting their emissions.

Envoys meet this March in Bonn to start work on a draft text for the agreement, but clear differences persist over how to scale up the deployment of clean forms of energy, share technologies and compensate countries for damage incurred from extreme weather.

“The big issue is the one of finance,” said King, alluding to the US$100 billion a year industrialised countries promised to provide by 2020. “If the finance began to look as if it was going to materialise, it might break the deadlock,” he said.

Apart from two years of what was called ‘Fast State Finance’ where $30 billion a year was delivered between 2010-2012, funds have not been forthcoming in sufficient levels, causing a breakdown of trust between developed and developing nations.

This year’s launch of the UN-backed Green Climate Fund is expected to help drive funding levels higher, but the highest donation so far has come from South Korea, which as a developing country itself has no official obligation to contribute to the climate finance coffers.

Some, but not all, developing countries are unwilling to move first to take action on cutting their greenhouse gas emissions until they have received further assurances that they will receive the promised money.

Analysis: what effect will the Green Climate Fund have?