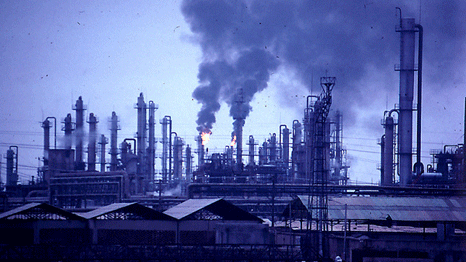 Efforts to tackle air pollution are expected to intensify, with the UN given new powers to combat the problem.

The UN’s Environment Programme (UNEP) was mandated to step up its work on air quality by the UN Environment Assembly at a meeting last week in Nairobi.

This means the international body now can support governments by helping to remove obstacles to tackling air pollution, as well as providing data and reporting on progress.

“Many States already have laws to cut air pollution, but stronger enforcement and compliance efforts are needed to make the laws work,” said Durwood Zaelke, President of the Institute for Governance & Sustainable Development,  who attended the Assembly last week.

Delegates also agreed to encourage governments to set new standards and policies to reduce emissions, and to manage the impacts that poor air quality has on health, the economy and sustainable development.

Air pollution is a toxic problem, particularly in industry-heavy countries that burn a lot of coal, as small particles are emitted into the atmosphere. According the World Health Organisation, seven million people were killed by air pollution in 2012.

Both air pollution and climate change have similar root causes, including vehicles and coal-fired power plants. These emit the carbon dioxide that drives global warming, as well as the small particles that hang in the air, causing respiratory problems, heart disease and strokes when breathed in by humans.

The UN Environment Assembly also agreed to urgently address climate change. The UN hopes to reach a treaty to cut emissions in Paris in 2015.

An informal dinner on the sidelines of the Assembly brought together the presidencies of the Warsaw, Lima and Paris conferences, along with 70 ministers, to discuss how to build the political momentum to sign this deal, which remains controversial.

“We are in a time in which we are building the world that we wish, we want and we love, but we can’t do it alone,” said Manuel Pulgar Vidal, environment minister of Peru, and president of this year’s climate summit in Lima.

Ministers also discussed the UN’s forthcoming Sustainable Development Goals, which will frame international efforts to address social and economic inequality from 2015. UNEP reinforced that the environment should be an integral part of these goals, which have yet to be finalised.

Observers have expressed concern that climate may not receive a dedicated goal in the final draft.

Scientists say that climate change is a threat to the world’s future development, causing resource scarcity and extreme weather events.

A report released on Friday by UNEP and the financial sector examined how to reduce the risks of natural disasters, including cyclones, earthquakes and floods.

Spearheaded by insurance companies, including Australia Group, Munich Re, Swiss Re and AXA Group, the report assesses methods of disaster risk reduction on how much they cost and their potential to save lives.

“There is a lot we as insurers can bring to the table,” said Leona Murphy of Insurance Australia Group.

“We work with communities to help them recover from disasters, so we have a deep understanding of the risks they face at a local level, and we know what works when it comes to reducing the impact of disasters.”