Environmental and social risks should be integrated into investment strategies, says influential body 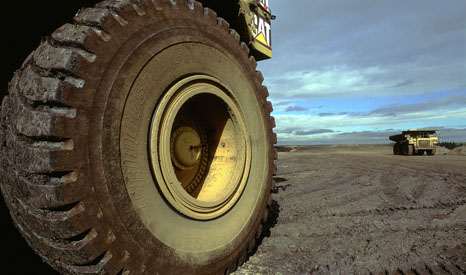 Investors have tended to back oil firms like Shell, but do long term climate risks make fossil fuels a risky choice? (Pic: Shell)

Fund managers have a duty to take long term environmental and social risks to their investments into account, says a new report from the UK’s advisory Law Commission.

Asked to assess the fiduciary duty of investment managers, brokers and pension fund trustees, it also says that while financial sustainability should be a priority, other factors could be taken into account.

“We think it would be helpful to make it clear that trustees should take account of risks to their investments,” write the report’s authors.

“When investing in long-term equities, this includes risks to the long-term sustainability of a company’s performance. It is a matter for trustees and their financial advisers to consider what these risks might be and how they should be evaluated.”

The Commission steers clear of recommending any change to the law, warning that there is still considerable confusion over definitions of environmental, ethical and social risks, which it describes as a ‘portmanteau concept’.

“We do not think it is helpful to say that ESG [Environmental, social and governance] or ethical factors must always be taken into account. These labels are ill-defined and liable to cause uncertainty.”

The Commission’s study was ordered by two government departments in response to the 2012 Kay Review into UK equity markets and long-term decision making.

Billed at the time as a blueprint for a new age of corporate responsibility, Professor Kay concluded decision making was too short term, and failed to address sustainable long-term business performance.

“Some pension fund trustees equated their fiduciary responsibilities with a narrow interpretation of the interests of their beneficiaries which focused on maximising financial returns over a short timescale,” he said.

Environmental groups are especially concerned with the US$670 billion flow of global investments into fossil fuel companies, given scientists say the countries must radically shift to clean energy to avoid dangerous levels of climate change.

The International Renewable Energy Agency says US$ 550 billion is needed a year until 2030 to invest in low carbon energy systems.

Investments made by global pension funds – valued at US$31 trillion in 2014 – are a specific concern given their huge spending power, historical support for oil companies and long term interests.

Some analysts argue the potential of a global climate change deal in 2015 makes backing fossil fuel firms risky,  as the agreement could ultimately send them out of business, creating a ‘carbon bubble‘ of stranded assets.

“Investment decisions need to reflect the clear scientific evidence, and fiduciary responsibility needs to grasp the intergenerational reality,” she said.

Fund managers are coming under increasing pressure from campaign groups like the US-based 350.org to divest their holdings in oil, gas and coal companies.

Last month Stanford University’s US$ 18.7billion endowment fund announced it would no longer invest in coal.

But warning that the legal basis of fiduciary duty is currently blurred, the Law Commission says pension managers have to use their common sense when deciding what investments to add or drop from their portfolios.

“We said that trustees of general pension funds should only disinvest for purely ethical reasons (unrelated to financial risk) if two conditions are satisfied.

“Firstly, the trustees must have good reason to think that scheme members would share their outlook. Secondly, they should anticipate that the decision will not result in financial detriment to the scheme.”

Commenting on the review, Aviva Investors, which says climate change is its most pressing environmental priority, said investors usually have a ‘default’ position of maximising profit in the short term.

“At the present time the law does appear to place the obligation on trustees to factor in long-term considerations such as sustainability.

“However, for a myriad of reasons discussed in this response, the letter of the law is not being followed and the majority of trustees are giving insufficient attention to this highly pertinent topic.”

The UK-based ShareAction campaign group said the Commission’s analysis was “helpful” but called for the law to be clarified.

“We disagree with the Law Commission’s conclusion that codification would be unhelpful,” said the organisation’s chief executive Catherine Howarth.

“We believe that codification in a permissive form would retain the flexibility for fiduciary duties to evolve and respect the discretion of trustees while providing the legal clarity which the Law Commission acknowledges is much needed.”