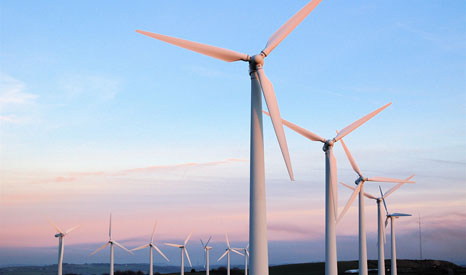 The rate of investment in renewable energy needs to double to limit global warming to an acceptable level, according to a leading industry body.

The International Renewable Energy Agency (IRENA) estimates $550 billion a year is needed until 2030, in a report.

Coupled with action on energy efficiency, it says this would put the renewable sector on course to provide 36% of the energy mix by 2030. Business as usual would deliver a 21% share.

Speaking at a conference in New York last week, Adnan Amin, director general of IRENA, said: “We need to double the level of investment that we are seeing today to significantly scale up renewable energy and reduce carbon emissions to an acceptable level.

“This level of investment together with energy efficiency measures will help mitigate the catastrophic impact of climate change.”

The majority of investment is expected to go into wind, solar and hydro power generation, but renewable heating and cooling is identified as an important emerging sector.

According to the roadmap, the costs of developing renewable energy would be partly outweighed by benefits to health from lower pollution.

Health-related costs would be cut by $80 – $200 billion a year globally, IRENA said. Counting socio-economic factors, the benefits could rise to $740 billion a year by 2030, it claimed.

The hike in renewables investment was modelled to keep carbon dioxide concentrations in the atmosphere below 450 parts per million. That is the threshold associated with a 50% chance of limiting global temperature rise to 2 degrees Celsius.

The International Energy Agency (IEA) estimated in a report published in June that $44 trillion of investment in clean energy technologies is needed by 2050 to prevent runaway climate change. That investment would save $115 trillion worth of fuel costs, the IEA found.

The call for investment comes as interested contributors to the Green Climate Fund meet in Oslo this week.