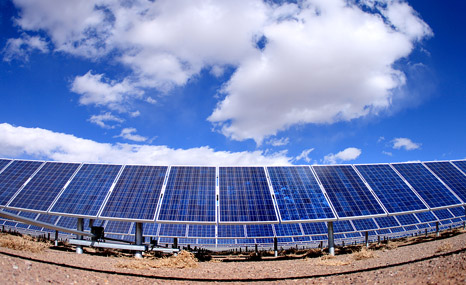 Leading fund managers could be breaking the law if they refuse to take into account the threats posed by climate change, a leading UN official said yesterday.

Speaking at an investment summit in New York, the United Nations climate chief Christiana Figueres said bankers would be “blatantly in breach of their fiduciary duty” if they failed to accelerate the greening of their portfolios.

The warning came on the same day a study by low carbon business lobby group CERES revealed that over a trillion dollars of investment in low carbon infrastructure is needed by 2030.

It outlined 10 recommendations for the public and private sector to leverage these levels of funding, including favourable debt funding for low carbon projects and a greater focus on market transparency.

A new report by the Asset Owners Disclosure Project, a group that analyses the content of selected funds, reveals that of 460 funds, only five received a climate-friendly rating, while 173 funds were rated as taking “no action”.

Figueres added: “I urge institutional investors to request companies they are invested in to disclose their carbon footprint and potential stranded assets such as those linked to the mining, exploration and burning of fossil fuels, and for members of pension funds to hold their trustees to account in this respect.”

The challenge of reaching one trillion dollars was highlighted by new figures from Bloomberg New Energy Finance, which indicated clean energy funding fell for the second successive year in 2013.

The fall was marked in the EU, with a remarkable 41% slump to $57.8bn, partly explained by new restrictions to subsidy payments in Germany, Italy and France.

But Japan, which drastically cut its climate targets at a recent round of UN negotiations, recorded a massive 55% increase in investment, largely in small-scale solar installations.

Analysts say the poor results mask some good news, pointing out that the costs of renewable technologies like wind and solar are steadily decreasing, offering energy at comparable costs to traditional fossil fuels.

BP believes this growth will be largely driven by fossil fuel use in emerging economies, although renewables are expected to be the fastest growing source of energy, expanding 6.4% a year till 2035.

This analysis suggests a peak in climate warming gases is unlikely over the next two decades, although it does not take into account the impact of any future global emission reduction agreements.

BP Group Chief Executive Bob Dudley said the Outlook posed three questions: “Is there enough energy to meet growing demand? Can we meet demand reliably? And what are the consequences of meeting demand? In other words, is the supply sufficient, secure and sustainable?”

He said the answers to the first two were broadly positive, but could only point to a slowing in emissions growth in regard to the question of sustainability.

Scientists believe releases of climate warming gases will likely need to peak at the end of this decade if the world is to avoid being locked into dangerous levels of warming.