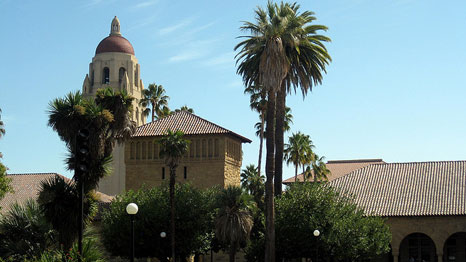 Stanford University will no longer invest in coal companies, in a major victory for the growing fossil fuel divestment movement.

With its US$ 18.7billion endowment fund, the institution is the wealthiest and the most prestigious to pledge to end its financing of the coal industry.

“The resolution means that Stanford will not directly invest in approximately 100 publicly traded companies for which coal extraction is the primary business, and will divest of any current direct holdings in such companies,” said the university in a statement.

Stanford’s board of trustees announced the decision on Tuesday, following recommendations from the university’s Advisory Panel on Investment Responsibility and Licensing. A petition from campaign group Fossil Free led the panel to undertake a review of the social and environmental impacts of fossil fuel investments.

The decision was taken on the grounds that there are now alternatives to coal which cause less damage to the environment. Coal is the most polluting of all conventional fossil fuels, while clean renewable energy is becoming increasingly competitive.

Stanford’s own 1971 statement on investment responsibility states that investment decisions should factor in whether “corporate policies or practices create substantial social injury”. The trustees’ resolution does not commit the university to divest from oil and natural gas.

“The university’s review has concluded that coal is one of the most carbon-­intensive methods of energy generation and that other sources can be readily substituted for it,” said Stanford President John Hennessy.

“Moving away from coal in the investment context is a small, but constructive, step while work continues, at Stanford and elsewhere, to develop broadly viable sustainable energy solutions for the future.”

The university notes that, while replacing fossil fuels with renewable energy is a “desirable goal”, so far there are fewer alternatives that are ready to replace them on a global scale.

This can be more disruptive than the financial implications, which are individually tiny in the face of the multi-trillion dollar industry.

In a mixed victory for the divestment movement, Harvard University recently said it would not stop investing in fossil fuels, but agreed to sign on to a set of UN guidelines on ethical investment.

Eleven other small colleges, along with a number of cities and religious institutions, have already made commitments to divest from fossil fuels.

Yesterday, the landmark National Climate Assessment said that climate change was already impacting the US and disrupting the lives of Americans, such as the record-breaking temperatures that have caused the current drought in California. Stanford said that the findings of the UN’s recent science report, the IPCC, had influenced their decision.

Fossil Free Stanford hailed it as “another powerful illustration that America is waking up to the reality that continued large-scale combustion of coal is incompatible with a sustainable future.”

Bill McKibben, founder of environmental campaign group 350.org, said: “Stanford, on the edge of Silicon Valley, is at the forefront of the 21st century economy; it’s very fitting, then, that they’ve chosen to cut their ties to the 18th century technology of digging up black rocks and burning them.

“Since it’s a global institution it knows the havoc that climate change creates around our planet; other forward-looking and internationally-minded institutions will follow I’m sure.”