UN climate talks end positively in Bonn, with negotiators saying they are one step closer to a 2015 agreement 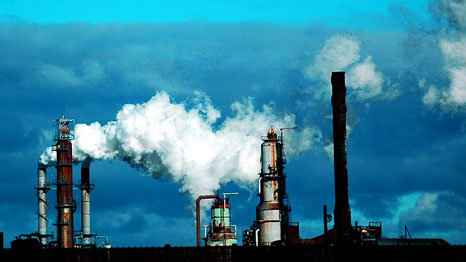 The latest round of UN climate negotiations have concluded in Bonn, with signs of headway towards a global agreement scheduled for 2015.

The two-week meeting was the latest in a series of international forums aimed at curbing greenhouse gas emissions, which scientists say are likely to lead to dangerous levels of warming.

Observers say there is now more clarity on the structure and elements of a text for the 2015 deal. The UN wants a first draft of the proposed treaty to be signed off at its main climate summit in Lima later this year.

“The good news is that countries put forward more details on their visions for the Paris climate agreement here in Bonn,” said Alden Meyer from the Washington-based Union of Concerned Scientists.

“But there remain sharp disagreements on the shape and scope of that agreement.”

The UN co-chairs running negotiations say they will present a paper outlining key proposals and a range of suggestions by July 15.

One key sticking point appears to be what countries are expected to announce in their ‘national contributions’ towards a global climate deal, which the UN wants submitted by March 2015.

“Upfront information is essential for us to be able to establish whether the intended national contributions are fair and how far they collectively get us towards the goal of keeping warming below 2C,” said an EU spokesperson.

“Unless we can clearly articulate to the public what countries are going to put on the table, how are we going to have validation for the process being in track?”

Developing countries want rich nations to include specific commitments on finance and technology assistance as well as emission reduction plans.

The UN’s Green Climate Fund is expected to channel much of the billions needed to invest in low carbon development, but so far it is a bank with no money.

Bangladesh negotiator Quamrul Chowdhury told RTCC that, after talks in Bonn, it is still unclear how a promised $100 billion by 2020 will be found by rich countries.

“With no support, many developing countries will not be able to deliver concrete results,” said Mattias Söderberg from the ACT Alliance.

Negotiators and civil society groups credit positive signals from the world’s two largest emitters, the US and China, for a new spirit of cooperation at the Bonn session.

New US carbon standards for power plants and the prospect of a national carbon market in China by 2018 boosted hopes the countries are now committed to a new agreement.

“The engagement of Barack Obama in the climate talks and signals he is giving in bilateral talks to other leaders are encouraging for the Ban Ki-moon meeting and March 2015 deadline,” said Greenpeace climate policy advisor Martin Kaiser.

“The China minister was here – he made a positive speech that China is working on a coal cap and we expect China at the Ban Ki-moon summit to make substantial announcement on coal caps in several provinces and prepare to submit commitments in March 2015.”

The EU says it will have its ‘pledge’ for the UN agreement signed off by national leaders in October, but other developed countries appear to be holding out for a delay.

WWF’s Tasneem Essop said Australia, Japan and Russia are pushing for more time to deliver their pledges, indicating they will not be ready by the first quarter of next year.

“Those timeframes are critical,” she said, warning that if pledges arrive later, there is unlikely to be enough time to work out if they are enough in total to avoid dangerous levels of warming.