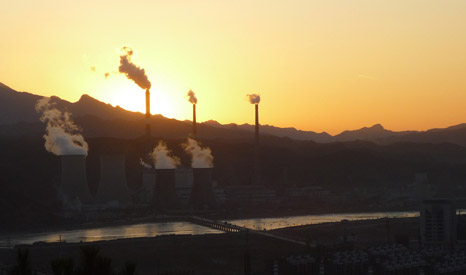 China expects to launch a national carbon market in 2018, based on regional schemes it is presently piloting, a senior official at the country’s planning ministry told a World Bank conference.

The National Development and Reform Commission (NDRC) has previously said that its pilot schemes could provide useful experience for a national carbon market.

The World Bank is trying to drive wider, global adoption of emissions trading schemes (ETS), under its “Partnership for Market Readiness” programme, which hosted a conference in Mexico in March.

“Based on the outcomes and experiences of the seven pilot regions, we will establish directly the national ETS to implement cap-and-trade scheme at a national scale,” said NDRC official Wang Shu, in a presentation at the conference.

The present pilot schemes are due to end in 2016, coinciding with the start of the country’s thirteenth five year plan from 2016 to 2020.

Wang conceded that the regional schemes to date had experienced some flaws, including illiquid trading and a “lack of professional staff”.

Much detail is yet to be resolved regarding a Chinese national market, if that were to proceed, and critically whether that would include an absolute cap on carbon emissions.

The alternative would be a limit which slowed growth in emissions, rather than a firm cap beyond which these could not rise. Most of the regional Chinese carbon markets launched to date have an absolute cap on emissions by industry.

The European Union presently has the world’s largest carbon market, capping polluting industries such as power, steel and cement, which account for nearly half the bloc’s emissions.

The scheme allocates a fixed supply of emissions permits, or allowances, thereby imposing an overall cap.

A national Chinese scheme would be a significant demonstration that the world’s biggest carbon emitter was serious about reducing its contribution to climate change.

China and the United States have long been at loggerheads over carbon cuts, dragging down global efforts to deal with the problem.

A draft US climate bill, including a national emissions cap, failed to pass the Senate in 2009, largely because of such concerns.

Hubei officially launched the sixth scheme last month, and Chongqing is expected to introduce the final pilot later this year.

“Carbon markets are now officially open for business in China,” the World Bank said in a report published on Wednesday, “State and Trends of Carbon Pricing”.

“The total 2013 allocations of these six pilots combined amounts to 1,115 million tonnes of carbon dioxide equivalent (annually), making China the second largest carbon market in the world, after the EU ETS.”