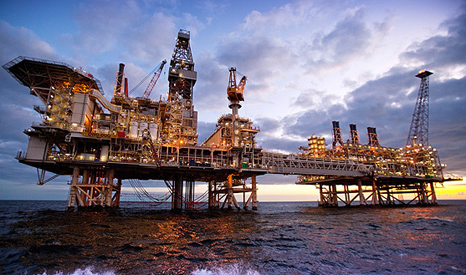 It says these will make lower-carbon energy and efficiency measures “more attractive” to businesses, adding it is actively encouraging governments to explore these options.

The company’s 2013 sustainability report says it expects the focus on carbon cutting policies is likely to grow as countries prepare for a UN global emissions reduction deal scheduled for 2015.

BP’s analysis suggests emissions from fossil fuels are likely to be 29% higher in 2035 than they were in 2012, largely it says as a consequence of coal use in emerging economies.

“The scale of this challenge is such that governments must act by setting a clear, stable and effective carbon policy framework,” the report reads.

“The commitment made in Durban in 2011 by both developed and developing countries to negotiate an agreement by 2015 that requires action from all countries by 2020, suggests that an emphasis on carbon policy may return.”

Two weeks ago Shell said a UN climate agreement would affect the company’s profitability, informing shareholders it would need to find ways of reducing the business’s carbon footprint.

BP says it has an internal carbon price of $40 per tonne of CO2 where it works in ‘industrialised’ countries.

Last year the carbon accounting NGO CDP revealed Exxon, Shell, BP and Total are all internally pricing a tonne of carbon between US$ 8-60.

Chris Hope, a climate economics expert based at Cambridge University, told RTCC he welcomed BP’s call for a focus on costing carbon, adding that prices would have to vary on a regional basis.

The International Energy Agency believes the share of countries pricing carbon will rise from 8% in 2012 to around 35% in 2035.

Countries and regions with forms of carbon pricing policies include China, the EU, USA, Mexico, South Korea and Japan.

BP says its losses are linked to restructuring and ongoing costs linked to the Gulf of Mexico oil disaster in 2010, and it dismisses growing concerns that a ‘carbon bubble’ of unburnable oil and gas assets is being created by major companies.

Research published last year by the Carbon Tracker Institute suggests annual investments of around $674 billion will be at risk if a UN climate deal aimed at limiting warming to 2C is achieved next year.

But BP argues that oil prices, global demand, innovations and climate regulations will determine the profitability of its assets, citing the potential of carbon capture technology to make fossil fuels more acceptable.

“We believe that the unburnable carbon approach to assessing the impact of potential climate regulation on a company’s value oversimplifies the complexity of the issue and overstates the potential financial impact,” it says.

“HSBC research found that approximately 60% of the net present value of oil and gas majors relies on cashflows over 10 years from now – how can BP be so sure about the impact of demand, price and regulatory risks this far in the future?” he said.

Writing in the report’s foreword, chief executive Bob Dudley credits “technological innovation” with steering countries away from coal, and onto cleaner sources of fuel like natural gas.

“The lower carbon option became the lower cost option – demonstrating the power of market forces to reduce emissions when the conditions are right,” he said.

Unlike Shell and other major competitors, BP says it has no immediate plans to drill for oil or gas near the North Pole, but will continue to explore the region for reserves.

“We will continue to assess other opportunities in the Arctic, but only where we believe we understand and can manage associated risks,” it says.