83% of Americans believe US should act on climate change

Majority of Americans want Congress and business to act on climate change, even if it comes with economic costs 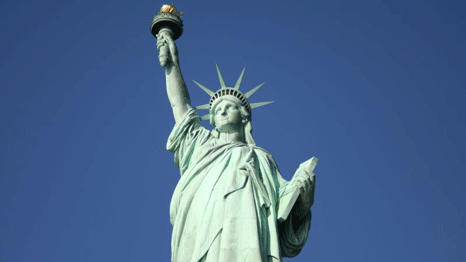 Most Americans believe that the US should make an effort to reduce global warming, even if it has economic costs, according to a study by Yale University.

A national survey shows that 83% of Americans think that the country should face some financial strain in order to tackle climate change.

Corporations and industries should make the largest efforts, with 62% of those surveyed believing that they should be doing more to address global warming, compared to 52% who said that the US Congress should be taking stronger action.

Tackling climate change had support from across the political spectrum, although there were some differences between Democrats and Republicans.

When asked to rank a range of environmental issues, Democrats placed climate change as one of the top priorities for the President and Congress, while Republicans and Independents placed it near the bottom.

And while 71% of Democrats said that developing clean sources of energy should be a high or very high priorities, only 48% of Republicans agreed.

America’s huge carbon footprint means it has a key role in efforts to develop a legally binding climate deal, but a Congress dominated by Republicans hostile to ‘green’ policies has made it difficult for President Obama to act.

In his Climate Action Plan, he promised to take executive action to bypass Congress and tackle climate change, which he has exercised through the federal Environmental Protection Agency.

Yesterday, the US made an early submission to the UN, indicating some of its early thoughts on the shape of a treaty on climate change, scheduled to be signed in Paris 2015.

The document says that the magnitude of the climate problem will require “ambitious efforts by a broad range of Parties”.