President Barack Obama is set to officially present the country’s first national climate strategy in a speech at Georgetown University this afternoon.

For the first time existing gas and coal fired power plants, which account for 43% of US emissions, will face tougher pollution limits set by the Environmental Protection Agency (EPA), a move Obama says will help the USA to meet its pledge to cut emissions 17% below 2005 levels by 2020.

Additional proposals include the accelerated deployment of wind and solar energy systems to power six million homes in the lead up to 2020, a new 20% energy efficiency target for industrial and commercial buildings to reduce carbon pollution by at least 3 billion metric tonnes cumulatively by 2030 and new fuel economy standards for heavy duty vehicles. 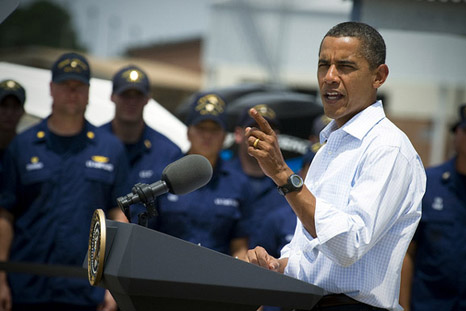 “Building on efforts underway in states and communities across the country, the President’s plan cuts carbon pollution that causes climate change and threatens public health,” the proposals read.

“Today, we have limits in place for arsenic, mercury and lead, but we let power plants release as much carbon pollution as they want – pollution that is contributing to higher rates of asthma attacks and more frequent and severe floods and heat waves.”

“Combined with the President’s other actions to increase the efficiency of our cars and household appliances, the President’s plan will help American families cut energy waste, lowering their gas and utility bills.”

New power plant measures will be enforced under the Clean Air Act, the law that gives the administration the powers to treat carbon dioxide as an ‘air pollutant’ as a result of a 2007 Supreme Court ruling.

Some existing operators have already said they plan to fight the new regulations, although in a move perhaps designed to placate some critics the administration says it will offer $8 billion in loans to operators of ‘advanced fossil fuel technologies’ such as Carbon Capture and Storage (CCS).

The plan stresses that resilience to future climate impacts on the scale of Hurricane Sandy or the ongoing US drought across mid-western states is now a priority, directing federal agencies to “identify and remove barriers to making climate-resilient investments”.

On the international stage, the plan underlines US intentions to promote climate ambition through bilateral and non-binding forums, citing the Climate and Clean Air Coalition and a recent agreement with China to control the production of powerful warming gases known as HFCs.

United Nations climate talks aimed at generating a global agreement in 2015 are referred to as one of a “number of important international negotiations”, with a clear call for participating nations to be flexible enough to accommodate a wide range of perspectives.

“And it needs to be flexible because there are many differently situated parties with their own needs and imperatives, and those differences will have to be accommodated in smart, practical ways.”

Read a summary of the proposals here.