US outlines plans for ‘durable and ambitious’ UN climate deal 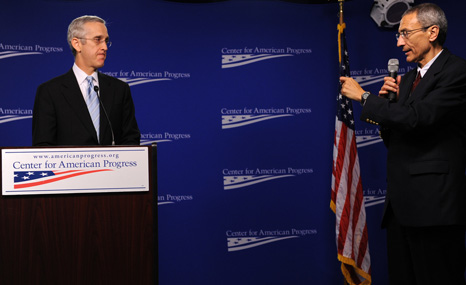 The USA has outlined the conditions it believes are necessary for a global climate change deal to be signed off at a planned Paris summit next year.

A submission to the UNFCCC (UN climate body) dated February 12 indicates the Obama administration expects all countries to contribute greenhouse gas emission cuts after 2020, under an agreement that would have legal force.

The 11-page document says any deal should reflect the “seriousness and magnitude of what science demands”, underlining the need for “ambitious efforts by a broad range of Parties”.

It argues that the agreement must reflect the growth in emerging economies, which have been exempt from any emission cuts under previous UN treaties.

“We would not support a bifurcated approach to the new agreement, particularly one based on groupings that may have made sense in 1992 but that are clearly not rational or workable in the post-2020 era,” it says.

Certain aspects of the final outcome will be “internationally legally binding” it adds, while questioning the legal status of emission pledges.

This is important, says Annie Petsonk, a climate negotiations expert with the Environmental Defense Fund. She says the submission suggests the White House and State Department want to construct an agreement they know they can impose without a battle with Congress.

“It looks like the administration, knowing there are climate deniers in Congress, is wisely staking out a position where it can use its executive branch authority for the implementation of a commitment that would be domestically binding,” she told RTCC.

“What I’d like to see strengthened are the parts of how a country’s contribution would be measured, reported. You’ve got to have commonality on that stuff, otherwise you get a dog’s breakfast of different commitments that aren’t comparable, and you can’t tell if you’re achieving an overall climate goal.” 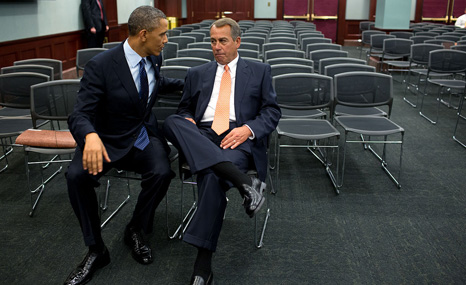 The submission is significant both because it is the first one to be submitted to the UN ahead of planned talks next month, and because of the influence of the US within global negotiations.

Many analysts believe the US and China hold the key to any deal, since they are jointly responsible for nearly 42% of global greenhouse gas emissions.

The section of the document relating to emission reduction pledges by countries says they must be specific and quantifiable, offering a means for other countries to analyse and “pose clarifying questions” before final offers are reached.

This approach, often called ‘bottom up’, is now widely accepted as the formula for the 2015 deal says Petsonk, stressing that it will need to be clear how countries frame their targets and how they are calculated.

Many climate campaigners and vulnerable countries want the UN to impose emission limits on countries based on their size, historical responsibility and economic power, a method the USA deeply opposes.