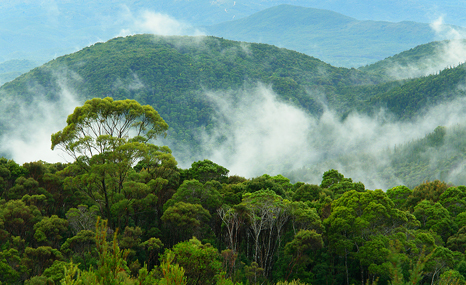 Global efforts to cut rates of deforestation have been given a boost with the news that Norway is allocating $100 million to the World Bank’s Forest Carbon Partnership Facility (FCPF).

Now worth $750m, the fund is one of the largest devoted to combat climate change and the destruction of tropical rainforests, which accounts for around 20% of global greenhouse gas emissions.

Linked to a UN-backed scheme known as REDD+, (Reducing Emissions from Deforestation and Land Degradation) the FCPF compensates developing countries for carbon dioxide reductions achieved by protecting their forest stocks.

“The world recognizes that paying tropical countries for verified success in keeping their forests standing is critical to combating climate change,” the World Bank’s Rachel Kyte said in a statement.

“Being a pioneer of the REDD+ process in Africa, it is our hope that the additional contribution to the Carbon Fund will facilitate the selection of a variety of countries with different deforestation rates and different areas under forest cover into the portfolio of the Carbon Fund, thus allowing the Congo Basin countries to fully contribute to combating climate change,” he said.

Chevron v Ecuador: the big oil battle deep in the Amazon
Five reasons why the 2013 climate talks were a success

At an annual FCPF meeting in Geneva that concluded yesterday the UK also indicated it was willing to raise its contributions.

After years of sluggish negotiations UN officials say efforts to aggressively target deforestation through the REDD+ programme are starting to work.

The rules governing REDD+ were agreed at last month’s UN-backed climate talks in Warsaw, while the USA, Norway and UK also set aside $280 million for the World Bank’s new BioCarbon Fund, targeted at promoting sustainable agriculture.

A major dispute over the alleged violation of indigenous people’s human rights, in Panama was also resolved last week, reviving a forest preservation scheme that was forcibly suspended earlier this year.

VIDEO: What are the key drivers of deforestation?