Five reasons why the 2013 climate talks were a success

This year’s round of international climate negotiations weren’t all doom and gloom. We’ve chosen five outcomes worth celebrating 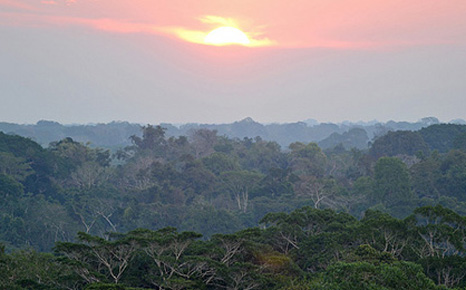 Forests: The completion of the UN’s forest program, REDD+, turned out to be one of the major success stories of this year’s batch of climate talks. The package of decisions agreed by governments on Friday is designed to halt deforestation, a significant contributor to global warming.

The program will see rich countries channelling funds towards developing countries in exchange for the preservation of their rainforests, which could otherwise be logged. Like most UN decisions, it has been a long time in coming, with nations first discussing the idea back in 2005.

Its finalisation this year is a significant step towards global reductions in greenhouse gas emissions.

Counting emissions: No one would consider MRV to be one of the UN’s most exciting acronyms, but that’s not to say it is not important. It refers to how countries count their greenhouse gas emissions – and until there is a transparent way of doing this, any attempts at reducing emissions are almost meaningless.

Luckily, this conference saw significant steps forward here, with a framework put in place to allow both developed and developing countries measure exactly how much carbon they are emitting.

As it stands, this framework only covers pre-2020 emissions, but it should help to cement the importance of a transparent counting system when it comes to implementing a post-2020 treaty.

Adaptation finance: Finance was one of the sticky issues at this year’s negotiations, but at least one empty pocket of the UN purse was adequately topped up. Seven European governments clubbed together to raise the US$ 100million needed to fill the Adaptation Fund, which gathers finance to boost adaptation projects in developing countries.

This is the equivalent of passing around a church tin compared to the US$100 billion that the Green Climate Fund needs to raise by 2020, but it is certainly a good start. Here’s a nifty graph, courtesy of Oxfam, showing who has put in what. 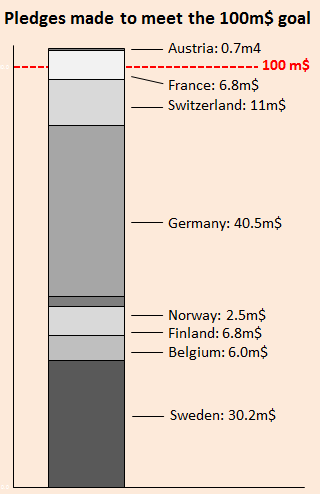 2015 deadline: The new text to come out of Warsaw sets the first quarter of 2015 as the deadline for new emissions reductions targets – for countries who are “ready to do so”, that is.

This qualifier means that the deadline probably can’t be considered an outright victory, but the good thing is that it is there, and that it includes sufficient time for these targets to be reviewed before governments reconvene once again in Paris in 2015.

The fact that there is actually a deal: Even in the final moments of the talks, some were doubting whether a deal would be struck in Warsaw at all. Kristov Calvo, a member of the Flemish Green Party, tweeted that EU climate commissioner Connie Hedegaard said in the famous final huddle that it came down to “nothing or something”.

Rifts between developed and developing countries were so large that they seemed insurmountable, while there was a considerable backtracking on ambition from Japan and Australia. The fact that international climate negotiations didn’t completely crash and burn in Warsaw is itself a cause for celebration.

‘Nothing or something’ @CHedegaardEU in huddle #COP19