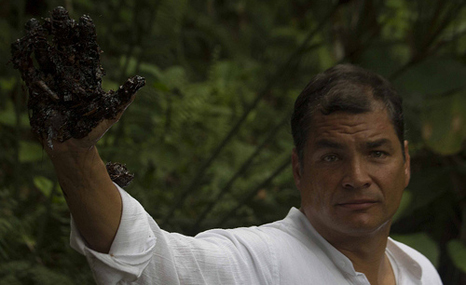 When an oil company makes a mess, who clears up, and who pays?

The answer would appear to be fairly simple, but in the case of the legal battle between Ecuador and Chevron, it’s anything but. Billed as a ‘David v Goliath’ scenario by Ecuador President Rafael Correa, it boasts a $19 billion lawsuit, accusations of fraud, phone-tapping, together with an appearance from Lethal Weapon star Danny Glover.

What we know is that for 20 years Ecuadorian citizens in the oil rich states of Sucumbios and Orellana have sought compensation for what they say is damage caused by Chevron subsidiary Texaco. From 1972 to 1992 Texaco, bought by Chevron in 2001, extracted oil in a 440,000 hectare concession area, depositing polluted waste water in oilfield pits.

Texaco says it spent $40 million cleaning up its share of the pits, adding that this was approved in 1998 by Ecuador’s then government.  These actions failed to satisfy locals, who accuse the company of hiding toxic waste pits with a thin layer of top soil, and in a damning indictment, trying to convince people “oil contaminated waters would make them stronger”.

“Everything was contaminated, but you do not see everything at first glance,” Céline Meneses, a Special Adviser to the Ecuadorian Foreign Minister told RTCC. “Everything seems to be normal, there is vegetation. But what is a bit strange is there are no animals. You have insects, but no animals.”

In 2011 an Ecuadorian court ruled against Chevron and ordered it to pay $19 billion in reparations, a decision that was bitterly contested by the company. It refused to pay and launched a counter-challenge in the USA alleging that the judgement was marred by corruption and fake testimonies.

Evidence that the rainforest has been poisoned is not denied by both sides. What is contested is who is responsible to clean up the mess. Texaco’s review of its operations refers obliquely to “remediated pits”, adding in a letter to Ecuador that anyone looking into pollution in the region “need look no further” than state company Petroecuador. 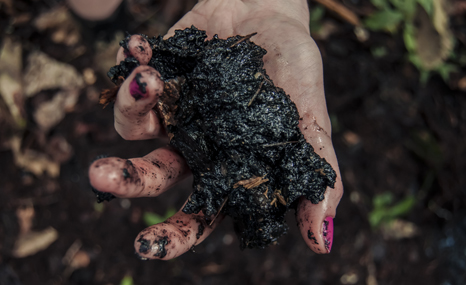 Meneses says this is misleading, and argues the State has deliberately left oil pits untouched because it’s “necessary to have the proof…local people need to have evidence.” So while the oil sinks further into the soil and incidences of cancer apparently soar, both sides wait for a legal resolution.

The judge in the US case is expected to make his own ruling any day now. It seems probable he will say the 2011 decision to force Chevron to pay damages was flawed. But this is unlikely to be the end of the matter. Rather it could set the scene for another convoluted and expensive challenge by the Amazon Defense Coalition, which represents 30,000 people in the affected area.

The case highlights the huge challenge groups of citizens in developing parts of the world face if they want to bring a multinational firm to account. Chevron has websites in English and Spanish dedicated to the case, plus an advisor tweeting regular updates.

Shubhaa Srinivasan, a Partner at London firm Leigh Day knows what it’s like to take on big oil. She represents Colombian farmers who say their lands have been devastated by BP. The “enormous financial imbalance” and access to legal resources is typical of cases like this, Srinivasan says. “You can bet your bottom dollar the company will have three times the resources to counter-attack.”

British MP Chris Williamson recently tabled a motion in Parliament calling on Chevron-Texaco to settle the compensation payment to the Amazon communities damaged by the spills. He says the oil company’s claims of fraud are an “outrageous legal ploy” to avoid its obligations.

“There’s no basis for it whatsoever, and I’ve looked at it,” he says. “The fact is Ecuadorian citizens went through a long legal process and they won it. Chevron should actually pay up. The scale of the pollution is appalling.”

That the original compensation payment was ordered by an Ecuador judge may be part of the problem. Srinivasan points out multinationals are more likely to respect rulings made in the UK, USA or EU. “That’s one reason why as a litigator you would want to bring it to a place where you feel comfortable that enforcement is going to be a reality,” she says. 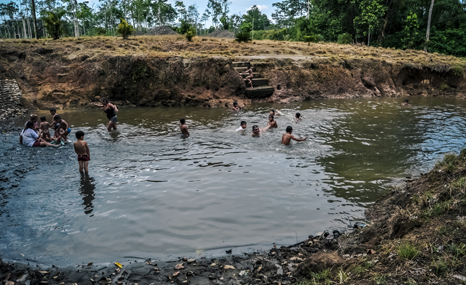 The majority of cases like this are settled out of court, away from the intrusive glare of publicity. But it’s clear that what many pundits are labelling the ‘biggest environmental case in the world’ is being watched closely by claimants and big fossil fuel companies around the world.

There are precedents. In 2004 Exxon was ordered to pay $4.5 billion for the 1989 Exxon Valdez oil spill, while the total cost of the BP Gulf of Mexico oil spill is estimated around $40 billion. But Chevron’s lead lawyer Randy Mastro has warned that if they lose the US case will be “open season” on US corporations abroad.

Srinivasan agrees he has a point. “They [big companies] will be watching it closely,” she says. “It’s a huge issue on two fronts. How are you going to limit your liability, and reputational damage it comes with?” Williamson describes it as an “important test case that could have widespread implications for them elsewhere.”

For Meneses this is a “symbolic battle” which could oblige transnational companies to change the way they operate. “If a little state like Ecuador defeats the big Chevron, and shows sovereignty of the state and rights of the people and environment are more important than all the money of Chevron.”

Amid all the understandable anger, there is also a sense that once the dust settles, the main losers will be the people in Sucumbios and Orellana.

In September President Correa visited the affected region and dipped his hand into an oil pit called Aguarico-4 for photographers. It made for good PR, until it emerged Aguarico-4 is a site the national oil company Petroecuador is responsible for cleaning. 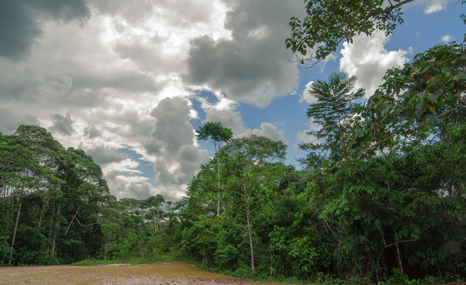 Correa also recently ditched plans to keep 846 million barrels of “oil in the soil” under the Yasuní national park in exchange for compensation from the international community. As Latin Ameirca analyst Guy Edwards noted in an article on RTCC, “At the heart of this shift in national policy is Ecuador’s massive $10 billion debt to China, which is to be repaid in oil.” When he pulled the plug on Yasuni-ITT, Ecuador’s “green” image was undermined. The government’s renewed focus on Chevron appears to be a useful distraction both domestically and internationally.

It seems clear the legal team representing local peoples have also made mistakes. Their attorney Steven Donziger admits “errors were made”, while maintaining the fundamentals of the case are sound. Srinivasan says both sides have been battered by the litigation, no matter what the final outcome: “Whatever is said and done I think both parties are losers in the Chevron case”.

Chevron and Correa will both live on to fight another day. The Cofán, Siona, Secoya, Kichwa and Huaorani tribes affected by the pollution may see the situation a little differently. What’s clear is the the company and country responsible for cleaning up the mess have both failed in their duty to protect. Bianca Jagger summed it up well in a recent article: “Don’t let this legal imbroglio eclipse the issues which are really at the heart of this case: human rights, justice and environmental protection.”

Chevron’s media team has been contacted by RTCC to comment on this article, but so far we have received no response.