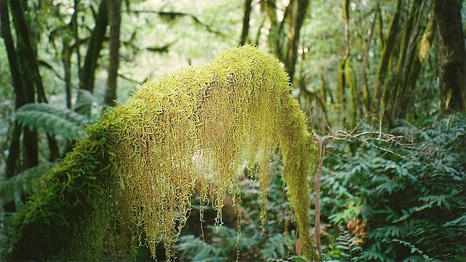 By Sophie Yeo in Geneva

Panama’s government has resolved a bitter dispute over the alleged violation of indigenous people’s human rights, reviving a forest preservation scheme that was forcibly suspended earlier this year.

The country’s US$5.8 million scheme to protect its forests can now resume, safeguarding one of the nation’s most valuable assets, which have steadily declined over the century. In 2010, Panama’s rainforests covered approximately 45% of the country, or 3,364,591 hectares, down from 70% cover in 1947.

The reconciliation between the nation’s government and National Coordinating Body of Indigenous Peoples in Panama (Coonapip), was announced yesterday in Geneva, after a year-long conflict over the role of indigenous people in protecting the land’s native forests.

Candido Mezua, who leads the seven groups of indigenous people who objected to the programme, said his faith had been restored in the system and in the government. “It is time to trust again,” he said.

Gabriel Labbate, a coordinator for the UN’s forest programme in Panama, said that the new truce represented a “success story” for the UN scheme, known as REDD (Reducing Emissions from Deforestation and Forest Degradation).

“It shows even what both parties considered as very strong differences about a year ago can be solved,” he told RTCC. “There are positions that now satisfy both parties. This is a lesson not only for Panama but for the UN programme in general.”

REDD is designed to minimise emissions through preventing the degradation of forest lands, but the initiative has invited controversy since its inception in 2007.

The large sums of money that will ostensibly be channelled towards forest preservation have led to widespread concerns about corruption, transparency and the rights of indigenous people over the land they currently occupy.

The Panama dispute over human rights, which began in June 2012, reached crisis point in March this year when the country’s indigenous people withdrew from the process, which led to its suspension while an independent investigation was launched.

Indigenous peoples saw the programme as a threat to their traditional relationship with the forests, and as a back door route to weakening their land rights. Coonapip reinforced their central role in any REDD initiative, since their territories contain about 85% of all remaining forests in Panama outside of protected areas.

The reconciliation lays the foundations for a more inclusive and transparent plan to prevent Panama’s forests being destroyed for financial gain. REDD, once operational, will see rich countries pay developing nations to preserve their valuable forest assets in exchange for carbon credits.

“This process has taught us something: we better understand the perspectives of indigenous peoples,” said Gerardo Gonzalez from Panama’s National Environment Authority.

“Their participation is now guaranteed and we know they are protectors of the forest.”

Challenges remain for the full implementation of REDD. There is little incentive for rich countries to buy up the embodied emissions of forests until they are forced to reduce their own emissions.

In the case of a strong globally binding deal, which the UN’s climate body hopes to sign off in 2015, the carbon offset credits generated by the REDD+ scheme could be in high demand as a relatively painless way for rich countries to reduce their own emissions.

Until then, the scheme depends on intermittent funding from the likes of Norway, who so far remains REDD’s most generous donor.

While Germany, Norway, the US and the UK pledged US$ 280m last month in Warsaw, the project is a long way from raising the potential billions of dollars needed to provide enough financial incentive for developing nations to leave their forests standing.

“The biggest issue is that developed countries still need to ante up the $20-$35 billion a year necessary for a global REDD+ program,” said Pipa Elias from the Union of Concerned Scientists when the deal was announced last month.

But the resolution of the conflict between Panama’s government and its indigenous people has helped to lay the groundwork, so that when the money starts to flow in, the process of setting up projects across the country can flow more smoothly.

“Our programmes can have difficulties—it is a learning process,” said Labbate. “The situation in countries can be complex and mistakes can be made. These things happen.

“The programme is ready to acknowledge the mistakes, and it is ready to take the corrective actions.”